Ericsson on Qatar World Cup: "I as a woman could not go there"

Next year, the World Cup will be played in Qatar. Something the national team's Magdalena Ericsson is critical of because homosexuality is illegal in the country. - It is criminal to be gay in Qatar and I as a woman could not have gone there, she says to SVT Sport. 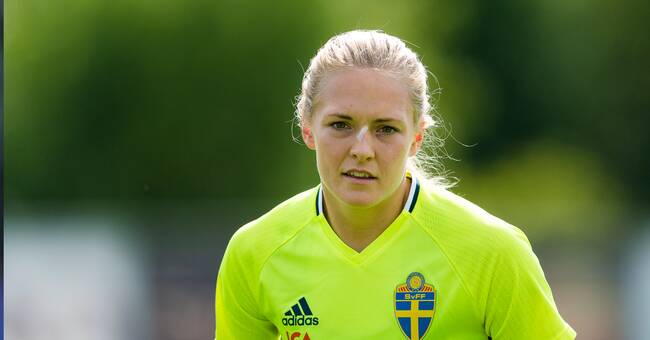 The Swedish national team and Chelsea star Magdalena Ericsson recently wrote a column in the British Inews that Qatar will host the Men's World Cup in a year.

Ericsson wrote, among other things, that she wants more discussion about the championship.

In an interview with Fotbollskanalen, FIFA President Gianni Infantino invited Ericsson to go to the country.

- I'm asking everyone to come here.

Things do not change if we just stay home and criticize, he said.

Ericsson itself is not keen on going on holiday to the country.

- There are so many different ways to speculate and like how to make change.

For me as a gay woman.

It is criminal to be gay in Qatar and I as a woman could not have gone there.

I am forced to do research to see where I can go on holiday.

You can make change in many different ways.

How does it make you feel when he says you're coming?

- I understand what he means, but personally I refrain from going to countries where it is criminal to be gay.

It sounds completely sick that you should plan your vacation?

- I do not think that is unique.

Many homosexuals are probably forced to check if it is safe to go there.

Nilla Fischer is also critical of the championship being played in Qatar.

- I'm not so surprised that he answers that way.

They have put the World Cup there, which I think is the first mistake that has happened.

It is a lot for us players to stand and answer questions and have opinions, but the main mistake is that all federations and Fifa and Uefa have allowed a World Cup to be held there.

But it is clear that Infantino thinks it should change on the spot, she says.