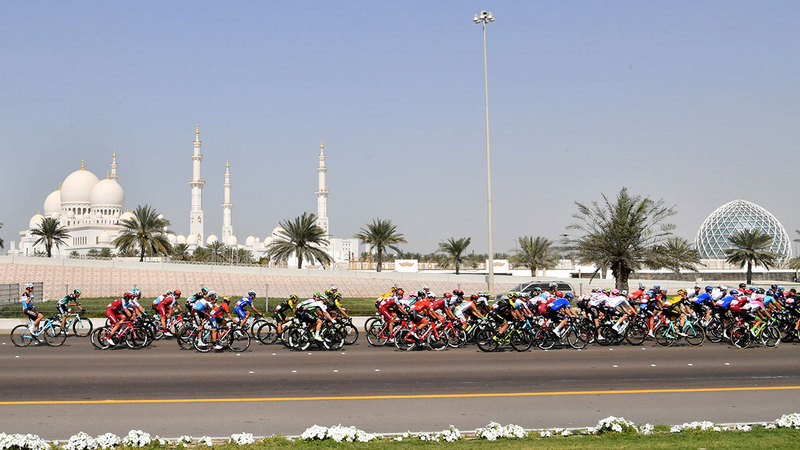 Including the ADNOC Marathon, the Club World Cup and the World Swimming Championships

The Vice Chairman of the Abu Dhabi Sports Council, Mohammed Thani Murshid Al Rumaithi, said in a press statement that the sporting events that Abu Dhabi takes place throughout the year confirm the importance of sports in the UAE society.

On the sidelines of the preparations for the ADNOC Abu Dhabi Marathon, Al Rumaithi said: "The ADNOC Marathon is one of the fruits of the generous support given by our wise leadership, which is always keen to secure all the ingredients for success and causes of happiness and a healthy, ideal integrated life for members of society."

The Abu Dhabi Corniche will host the ADNOC Marathon the day after tomorrow, with the participation of more than 12,000 participants.

The total prizes for the event amount to 300,000 US dollars (1.1 million UAE dirhams), distributed across all categories.

Abu Dhabi will be the scene of the Spartan World Championships, for the first time outside the United States, and will be held specifically in the Al Dhafra region in Liwa (Moreeb Hill), during the period from 2 to 5 December, as it is decorated with various tracks, obstacles and barriers with desert nature.The eyes of the world are directed to the capital from 9 To December 12, the Formula 1 Etihad Airways Abu Dhabi Grand Prix will be held at the famous Yas Marina Circuit.

Then, over 6 days, from December 16 to 21, it will host the World Swimming Championships and the Abu Dhabi Aquatics Festival, with the participation of more than 1,000 athletes from 180 countries, with a total prize pool of $2.8 million.

Then the Abu Dhabi HSBC Championship will be held from January 20 to 23, at the Yas Links Stadium on Yas Island, and is the first stop of the Rolex series of European Championships. golf sport.

And the world will return again next February, especially football fans, to follow the FIFA Club World Cup, which is the competition that will be held for the fifth time in Abu Dhabi, with the participation of international clubs, most notably the European champion Chelsea, England, and Al Jazeera representing the Emirates, as well as the African champion Al-Ahly of Egypt. The draw for the competition next Monday in Abu Dhabi.

From February 20 to 26, the world will be on a date with the events of the fourth edition of the Emirates Tour, and it is the only global race in the Middle East.

The UAE Tour is launching a series of bicycle races in the world, as it will start through 7 stages, from Abu Dhabi through the landmarks of progress and prosperity and the diverse geographical terrain between nature, desert, mountains and coastal roads in the various emirates of the country, leading to the final stage in the capital Abu Dhabi, with the participation of elite world stars and professional teams. .

• Abu Dhabi will witness the launch of the ADNOC Marathon tomorrow, with the participation of more than 12,000 runners, with prizes amounting to 300,000 dollars.