Who is Ilias Akhomach, the 17-year-old pearl who surprised Xavi in ​​the first eleven?

Xavi Hernández's first eleven for his debut as Barça coach came with a novelty. Before Espanyol, an unknown name as a starter, a youth squad named Ilias ... 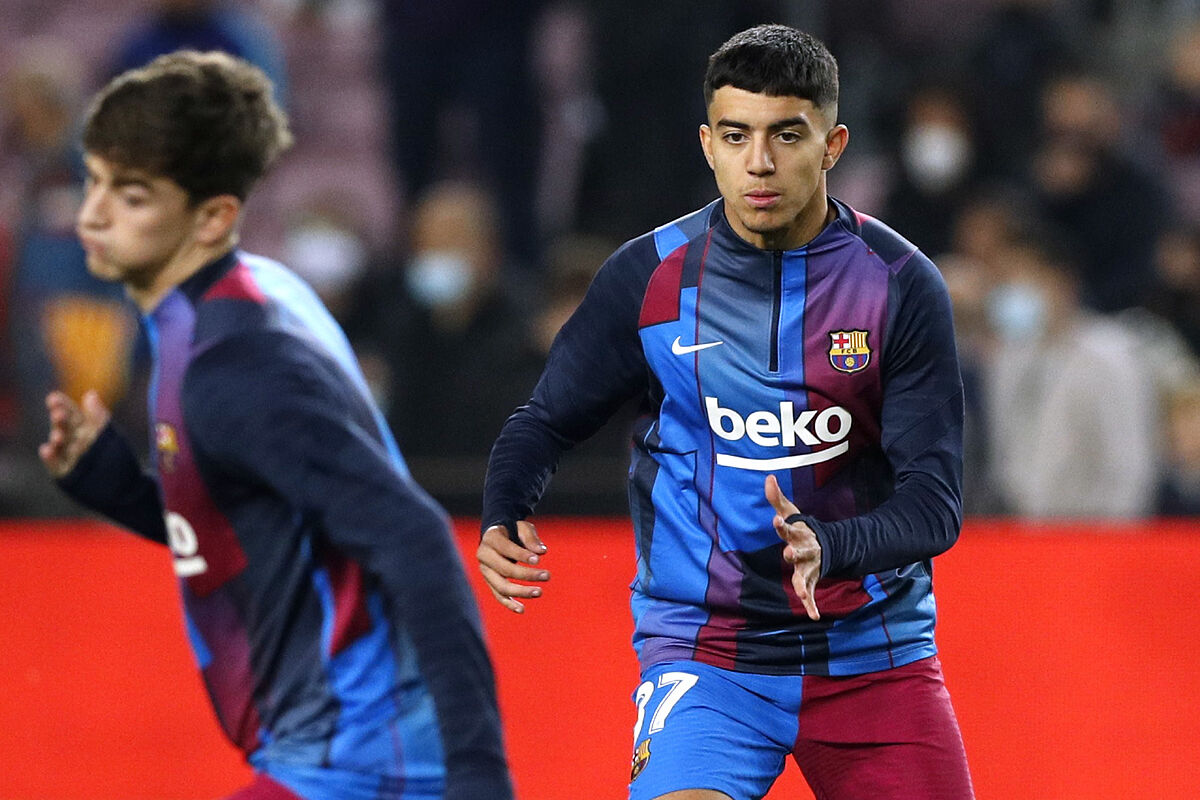 for his debut as Barça coach came with a novelty.

Against Espanyol, an unknown name as a starter, a youth squad named

who makes his professional debut at the age of 17.

"He is a winger who goes away, who has one against one, he tries, gives amplitude. And because of our game model that we need it. He deserves the opportunity,"

in the previous derby on the microphones of Barça TV.

He was born in Igualada on April 16, 2004, although he grew up in Hostalets de Pierola, a small town in the Noya region.

The left-handed winger is the last pearl of the Barça quarry, which this season, largely due to the needs of the first team, is seeing how the La Masia boys burst into force.

"It is the Messi that comes"

Ilias, whose parents are both born in Morocco although he has already made his debut with the lower categories of the Spanish team, started at his hometown club, but was soon recruited by Barça, where his older brother played.

However, it was not all a meteoric path.

Well, a few years later, he had to leave the club.

A step back to come back with more force.

He continued training in one of Barça's linked teams, the Gimnastic de Manresa, where he soon returned to shine.

He drew the attention of several European clubs, although he soon convinced Barça scouts to return.

Recently, he was promoted from youth A to Barcelona B. In eight matches in the First RFEF, the winger has scored two goals, both against Sevilla Atlético on November 6.

Curiously, that game was already witnessed live by Xavi at the Johan Cruyff.

In the next match, against Sanluqueño, he suffered a sprained ankle from which he has recovered to fulfill his dream of debuting in the derby with the Barça first team.

"He is the Messi who is coming," he announced in an interview with SER in 2019. He has become the tenth youngest player in

to make his debut with the first team.

SoccerThe Spanish funnel of Madrid, a player between the sub'19, the sub'21 and the Absolute: "Are ours not worth it?"

LaLigaSergi Barjuan: from strike to coach Barcelona in four months

SoccerThe Prosecutor's Office asks for two years in prison for the former delegate of the National Team, Pedro Cortés, for alleged sexual abuse