Star bang when Motala went on the first loss

It was a real starburst when the sensational team Motala went on the first loss after six straight initial wins. Most champions Västerås won with a scorching 11-0. 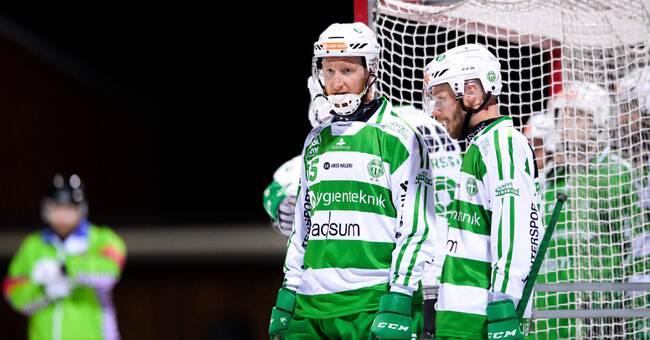 The teams have had different curves at their season openings.

At 9-0, VSK played in width in the deep and the former Motala player Viktor Spångberg hit a return from Jussi Aaltonen from close range.

An upset voice could be heard in the arena: "Wake up now Motala".

Motala slackened and had already given up.

There was no spirit left.

In the final minutes, Jesper Jonsson came forward on the left side and scored 10-0, his fifth goal tonight and more than he had scraped together in the entire autumn.

Shortly afterwards, Robin Andersson cut 11-0 on penalties and the small audience of 824 people shouted for joy.

Motala's plan lasted almost the first half when VSK scored two quick goals and went to the break with 3-0.