Modo played today's match in unique tribute jerseys. With the new match venue, they kicked off the meeting with Vita Hästen and led 4-0 after the first period. Even though they were losing the lead in the final minutes, Modo managed to hold off and win 4-3 in the tribute jerseys. 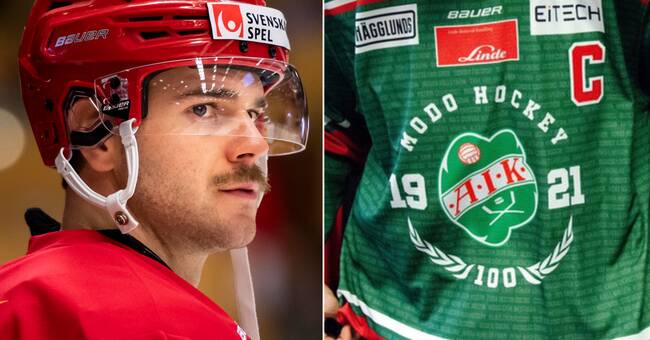 Many of Modo's supporters chose to give up their season pass last year to support the club financially during the tough pandemic year.

To thank the fans, the day was played in honor of completely unique tribute shirts with all the supporters' names on them.

In the new green place, they also delivered on the ice and won against Vita Hästen 4-2.

It was the first period that paved the way for the victory.

Hill David Bernhardt then followed up with two more Modo goals before the first period was over.

- We play very well as you can see on the scoreboard.

Modo managed to keep out

But instead of pulling away in the goal record, Modo let in Vita Hästen in the match.

Jimmy Andersson reduced first in the middle to 4-1.

In the final period, Colby Sissons and Filip Cruseman saw that it was 4-3 with the minute left.

Modo, however, managed to hold off and take three new points.

With the victory, they are now in third place in the table.