Karl-Johan Westberg went sprint relay at the WC this spring, but did not manage to advance from the sprint qualifiers at the start of the season in Gällivare. It probably surprised many - but there was an explanation. - I was surprised when I reached the finish line. Then I was told that I went on an unprepared ski, he says to SVT Sport. 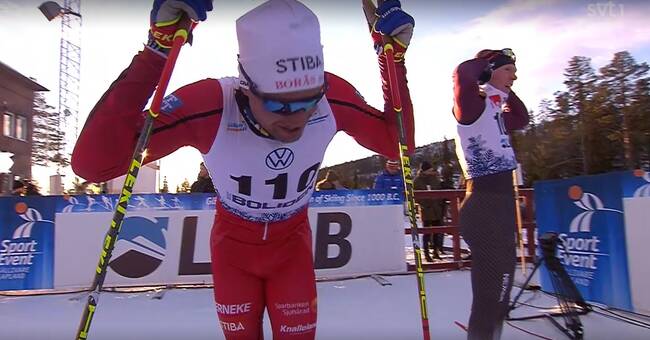 Karl-Johan Westberg, 28, was not among the top 30 in the sprint qualifiers in Gällivare where it is mainly Swedish skiers.

He himself was surprised by the weak time when he reached the finish line.

- I was surprised when I reached the finish line, I just thought it was tough.

Then I was told that I was riding an unprepared ski.

But I should have solved it anyway.

It is difficult to know, he says to SVT Sport.

By mistake, Westberg thus had a prepared competition ski and a so-called training ski.

What is the difference between riding an unprepared ski?

Had it been wet before, there is a big difference.

But in these conditions it is even, but eight seconds after…

What does it mean that you get such a start in the premiere?

- That's what happens, it's not possible to dig down.

But you can not lie, it is an important competition.

Westberg will also ride this weekend's distance race in Gällivare.