Julia Roddar, 29, will play the final in the American NWSL with her Washington Spirit on Saturday. Chicago stands for the opposition and the Swede believes that her team has good chances. - The atmosphere has been good the last two months, says Roddar, who had talks with national team captain Peter Gerhardsson and was close to being part of the latest World Cup qualifying squad, to SVT Sport. 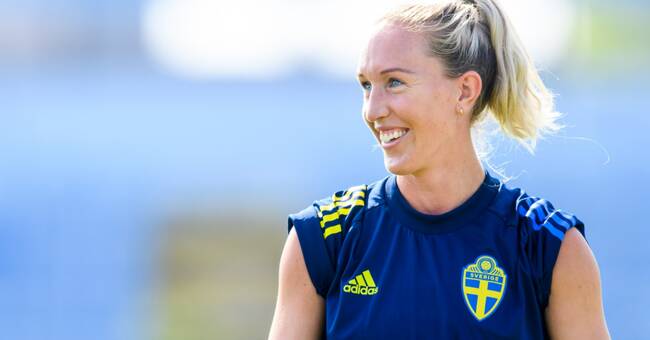 Before the season, the 29-year-old then left Kopparbergs / Göteborg (now BK Häcken) for Washington Spirit in the American NWSL.

And after the 2-1 victory against OL Reign last weekend, Roddar will now play the final.

It's playoffs here, it's a whole other thing.

You play all year to take the playoff spots and now every match has meant so much.

It has been super fun to play the quarterfinals and semifinals and that we have now reached the final, says Roddar to SVT Sport.

Washington's squad consists of experienced, older players and younger talents - a mix that has led to success, says Roddar.

In the final, Chicago now faces the opposition.

- I think we have great chances to take them.

I was not present when we last met them, but we have not won against them this year.

Then we were under the former coach's management so I think that now, when we have not lost a single match since September, we have a completely different mentality within the team.

- The atmosphere has been good the last two months and the mindset has been that "now we just drive and leave everything else outside".

During the week, she and the team have trained ready for the final.

And as recently as Tuesday, national team captain Peter Gerhardsson presented the World Cup qualifying squad for the matches against Finland (November 25) and Slovakia (November 30)

"Always have a conversation"

Did you get a call from Peter?

But it will be quite long journeys for me.

Last time we were in the middle of going to the playoffs, and this time it is instead the final.

Hopefully we will be celebrated if it is now gold, so I would have had a hard time being available for the first match and I think Peter felt that he wanted players who could be in both matches.

So it was on the wallpaper that you would be part of the squad this time?

- Yes, we always have a conversation, then it's up to Peter.

But it is clear that I always want to be selected, but then of course I know that it will be difficult when I am on the other side of the world with travel, time difference and all that it means.

The final between Washington and Chicago will be played at 18.00.