Jonna Sundling knocked out in the quarter after fall

Jonna Sundling did not get the premiere she had hoped for. The sprint star fell and was knocked out already in the quarterfinals. 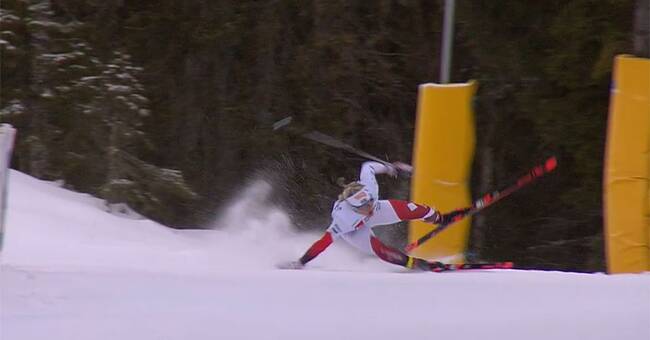 It was at the beginning of the fifth quarter final that Jonna Sundling fell into a curve.

The Swede, who won World Cup gold in sprint in Oberstdorf earlier this year, completed the race despite taking one hand.

- Hope it is not something that has broken, it would be a disaster for the Swedish sprint national team, says SVT Sports expert Anders Blomquist.

Sundling finished last of all, almost 15 seconds behind Moa Hansson who won the quarterfinals.