Finnish superstar's criticism of World Cup arena: "Not close to what it should be"

On November 27, the women's floorball WC kicks off. The championship is played in Uppsala and the final is decided in an arena that takes in just over 2,400 spectators. Something that Finland's big star Veera Kauppi criticizes. 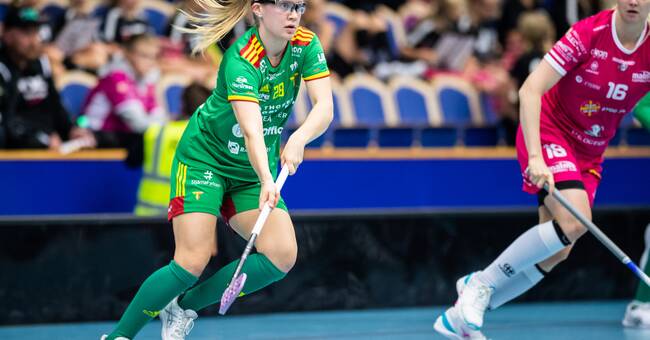 Veera Kauppi, 24, thinks that the World Cup final is played in an arena that takes in around 2,400 people, is far too little.

- IFU Arena is one of the floorball world's finest arenas, and it works well for both players and audiences.

The arena's capacity is still not even close to what it should be in a senior WC, Kauppi writes on Twitter.

She believes that Sweden, which is often described as the homeland of floorball, should invest more.

- It is a little shock that we play in a hall that has 2353 seats according to their website.

Sweden is the home country of the sport and the domestic leagues are decided in the Globe in front of over 10,000 people.

- At the same time, the men's WC in Finland is played in two ice rinks, of course.

Could you imagine the men's tournament being played in a hall with room for 2400 spectators?

That was what I was thinking, she states rhetorically.

On Twitter, he takes the star's side and criticizes the final arena.

Especially in the homeland of floorball, writes Kurronen.

SVT broadcasts the floorball WC, both on the women's and men's side.