In less than 100 days, athletes from all over the world will gather in Beijing. As the second Winter Olympics held in the capital city in history, the Beijing Winter Olympics has attracted attention. The Chinese ice and snow athletes who have entered the sprint preparations have repeatedly reported good news. Data map: Chinese player Cai Xuetong in the game. Photo by China News Agency reporter 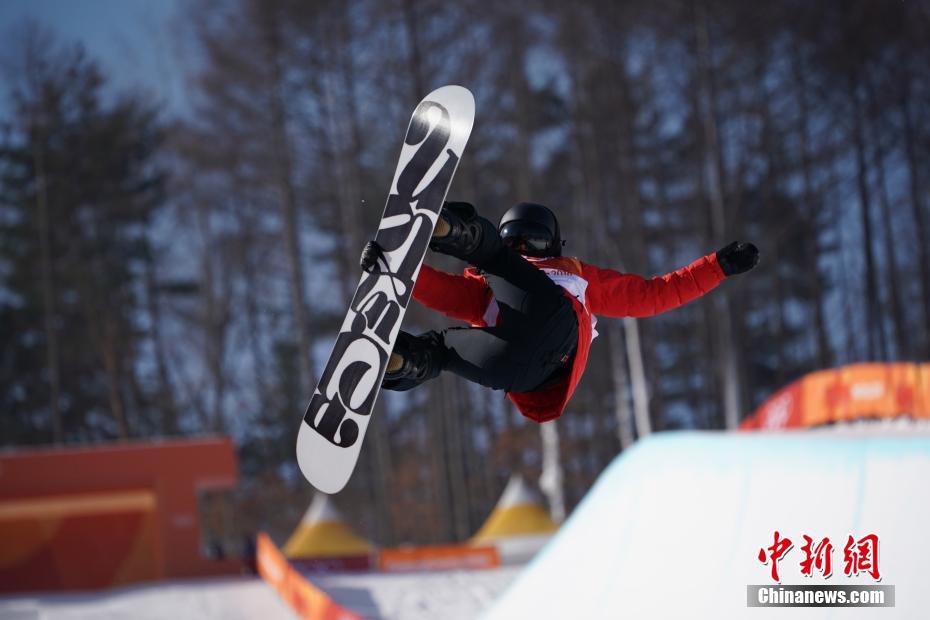 In less than 100 days, athletes from all over the world will gather in Beijing.

The Chinese ice and snow athletes who have entered the sprint preparations have repeatedly reported good news.

There are a total of 109 events in the Beijing Winter Olympics. It is the goal of the Chinese sports delegation to participate in all events at home.

109 small events of national teams and training teams have all been set up, and many projects "start from scratch" have achieved historical breakthroughs of "from scratch".

In the long preparation process, the Chinese delegation also made great achievements in many projects and sounded the clarion call for the Beijing Winter Olympics.

Complete the most difficult moves in the world

The snowboard U-shaped field, snowboard big jumping platform and slope obstacle skills, these national team players are currently distributed in Austria and Switzerland to prepare for the battle.

Liu Jiayu, Cai Xuetong, Gu Ailing and other famous players are among them.

This time, she completed the difficult movement of two-week allover body on the air cushion.

Cai Xuetong, who has passed the podium for two consecutive Winter Olympics, completed the 1080 rotation.

This time, in Beijing, she will attack the medal again.

As for the male players, Wang Ziyang, whose main event was a snowboard U-shaped venue, completed two 1440 turns, which was the difficulty of winning the championship in the last Winter Olympics.

The 2004 young player Su Yiming, who trained in the Stubai training camp in Austria, successfully completed the

, that is, a five-and-a-half-week inward swivel action.

It is worth mentioning that

at the beginning of this year

he also completed the first five-week turnaround of 1,800 degrees in Chinese veneer history.

Su Yiming is in training.

Earlier, Yang Wenlong, who was trained at the Saas Fee Training Camp in Switzerland, completed the 1980's ultra-difficult movement of an inside-turn somersault, which included a four-week somersault and a half-turn.

It is also considered to be the "most difficult action in the world" at present.

Yang Wenlong also became the first snowboarder in the world to complete the action.

It is reported that the Japanese athlete Kadono Yuki tried this action in 2017, but it was not fully presented.

Together with Su Yiming, he will fight for medals for the Chinese delegation in Beijing.

Being able to make the most difficult moves in the world during preparations is undoubtedly a positive signal for the Chinese ice and snow athletes who are sprinting and preparing. The

epidemic has increased the difficulty of training but has not eroded the players' fighting spirit.

In the freestyle skiing event, the 18-year-old mixed-race teenager Gu Ailing is undoubtedly the focus of everyone's attention.

In March of this year, she

competed for the first time in the World Championships and

became the first freestyle skier in China to

in a single world championship.

You know, she achieved this result when she suffered a fractured right hand.

Looking at the biathlon, in this project that has been dominated by the Nordic countries, the Chinese team has also achieved breakthroughs in preparation for the war.

Bjor Darren, the head coach of the biathlon national training team, waxed the players’ skis before the game. Photo by Hao Lingyu

Under the brand-new training concept and method, the Chinese team has made great progress.

In the men's 10km super sprint race at the Czech Metro Station, the Chinese athlete Cheng Fangming finished 16th in 10 out of 10 shots and entered the men's 15km group start list.

This is the first time a Chinese male athlete has entered the group start list in the past 15 years. .

Limited by the history of the project, the venue equipment and other reasons, the China Snow Team was formally established in January 2016.

In the 2019-20 season women's single snowmobile series at the Königssee station in Germany, Ying Qing, who switched from track and field to the snowmobile event, won the championship with a total of 1:50.73 in the two rounds.

This is a Chinese women's single. The first gold medal won by the snowmobile in the World Series.

At the 2020 German Snowmobile World Championships, in the women's double car competition that ended in Altenberg, Ying Qing and Du Jiani both ranked between 9-11 in the four-round competition, and finally ranked 10th.

The two tied the best results of the Chinese players in the women's tandem event at the World Championships.

The short track speed skating team, the trump card of the Chinese delegation in the history of the Winter Olympics, also reported frequent successes.

In the men's 500m short track speed skating final, Chinese athlete Wu Dajing was sent off for a start and missed the medal.

On the first day of the match,

In the just-concluded ISU Short Track Speed ​​Skating World Cup Japan, in the men's 1000m Group A final, Ren Ziwei took the lead in crossing the line with a time of 1:26.297.

This is also the Chinese short track speed skating team's World Cup this season. The first single gold medal in the race.

When the Beijing Winter Olympics kicks off, the short track speed skating team that will go again is expected to continue in good shape and

usher in the golden moment at home.

After 4 years of hard work, in Beijing, he is also eager to go further on the podium.

In the early morning of October 31st, Beijing time, the Chinese combination Sui Wenjing/Han Cong won the championship with 224.05 points at the Canadian stop of the ISU Figure Skating Grand Prix.

It is worth mentioning that

they lead the second place Russian team by more than 30 points. This is also the first time the two have won the Canadian Grand Prix.

In the competition, they restarted the song "Golden Bridge on the Sorrowful River" that they had used before. Both said that this program tells the story of mutual support and joint efforts between them.

After the end of the competition, Sui Wenjing/Han Cong will head to Turin, Italy, to prepare for the upcoming Italian Grand Prix with the national team.

From scratch, from starting from scratch to achieving historical breakthroughs, Chinese ice and snow athletes are working hard towards their dreams step by step.