Great meeting in the FA Cup. Then Chelsea advanced to the final. - We all wanted to go to Wembley, so we are very happy, says Erin Cuthbert to BBC One. 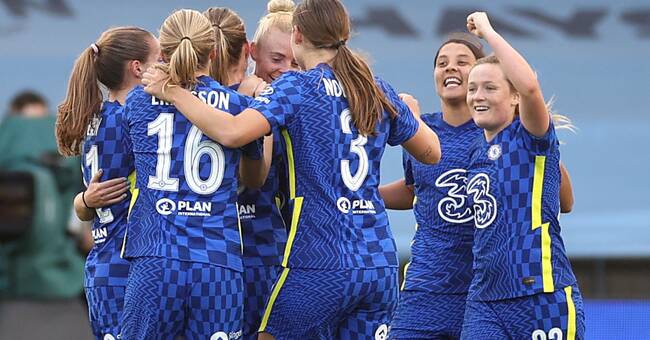 Chelsea started without their Danish star Pernille Harder, who is said to have injured herself with a national team gathering.

Despite that, Manchester City had no chance to take on Magdalena Eriksson's gang.

Already in the 23rd minute, Erin Cuthbert had found his way behind the goalkeeper.

Guro Reiten sent in a corner in the penalty area, Cuthbert received with her chest and then she fired a hard shot behind City's goalkeeper.

Five minutes later came the next goal - a failed clearance and Melanie Leupolz took the chance to extend.

Despite the fact that City were played out in the first half, they had a lot to thank Karima Taieb in the goal because the victory numbers were not greater.

It became more and more even, but the minute just before the match was to be blown off, Beth England nodded in the final result, 3-0.

Chelsea thus secured a place in the FA Cup final.

A final that was to be played last season, but was canceled due to the Covid-19 pandemic.

Magdalena Eriksson was the only Swede to come into play.

On the Chelsea bench were Jonna Andersson and Zecira Musovic, and on City's bench sat Filippa Angeldal who joined the club in this summer's transfer window.