The swimmers of the national team, Youssef Al Matrooshi and Salem Ghaleb, will leave for Ukraine, the day after tomorrow, to organize a camp in preparation for participating in the water sports championship that will be held in Abu Dhabi next December. 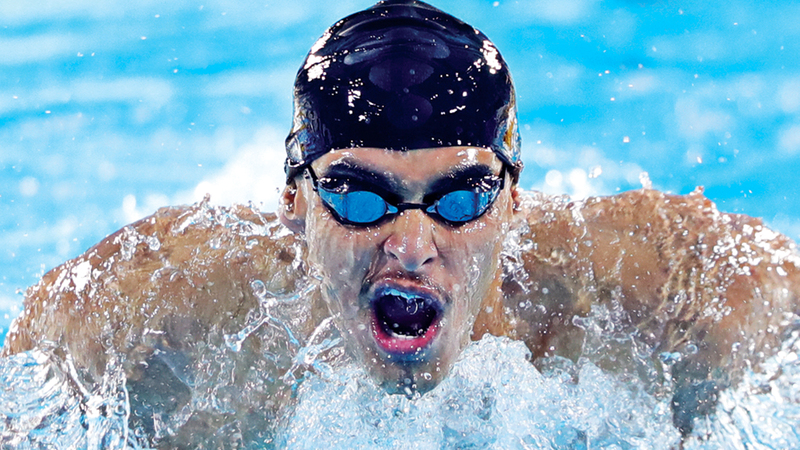 The swimmers of the national team, Youssef Al Matrooshi and Salem Ghaleb, will leave for Ukraine, the day after tomorrow, to organize a camp in preparation for the participation in the water sports championship that will be held in Abu Dhabi next December. .

Al-Matrooshi and Ghallab had appeared wonderfully in the Arab Championship, which finally concluded in Abu Dhabi, where Youssef Al-Matrooshi won seven colored medals, including four individual gold, one gold and two silver in the relay at the stage of 16-18 years, while Salem Ghaleb managed to win five medals, including Individual silver and bronze, three gold and two silver medals in the same stage, in addition to breaking 10 country records in the 16-17 years stages.

The Vice-President of the Federation and Chairman of the National Teams Committee Juma Al Balushi told «Emirates Today»: "The preparation camp lasts only two weeks in the city of Kharakov in Ukraine, and training is interrupted and returning to training because of the exams of swimmer Salem Ghaleb, and this is compensated by an internal camp in the Emirates in Hamdan Complex, and the training will be in 50-meter swimming pool, which is a necessity for good contact with the champion swimmers before being in the world championships.”

He added: "The historical results achieved in the Arab Championship are the result of a long work of swimmers Youssef Al Matroushi, the best swimmer in the history of the Emirates, and Salem Ghaleb, the next champion who succeeded in winning two medals, even though he was competing with swimmers two years older than him, in addition to breaking 10 records. We are working according to a specific mechanism, in order between the Swimming Federation, Al Wasl Club, the Abu Dhabi Program and all clubs, to qualify swimmers for the national teams.”