Ronald Koeman's passage through Barça has been quite a roller coaster. Once again, as happened before at Valencia or Benfica, the club has decided to do without their ... 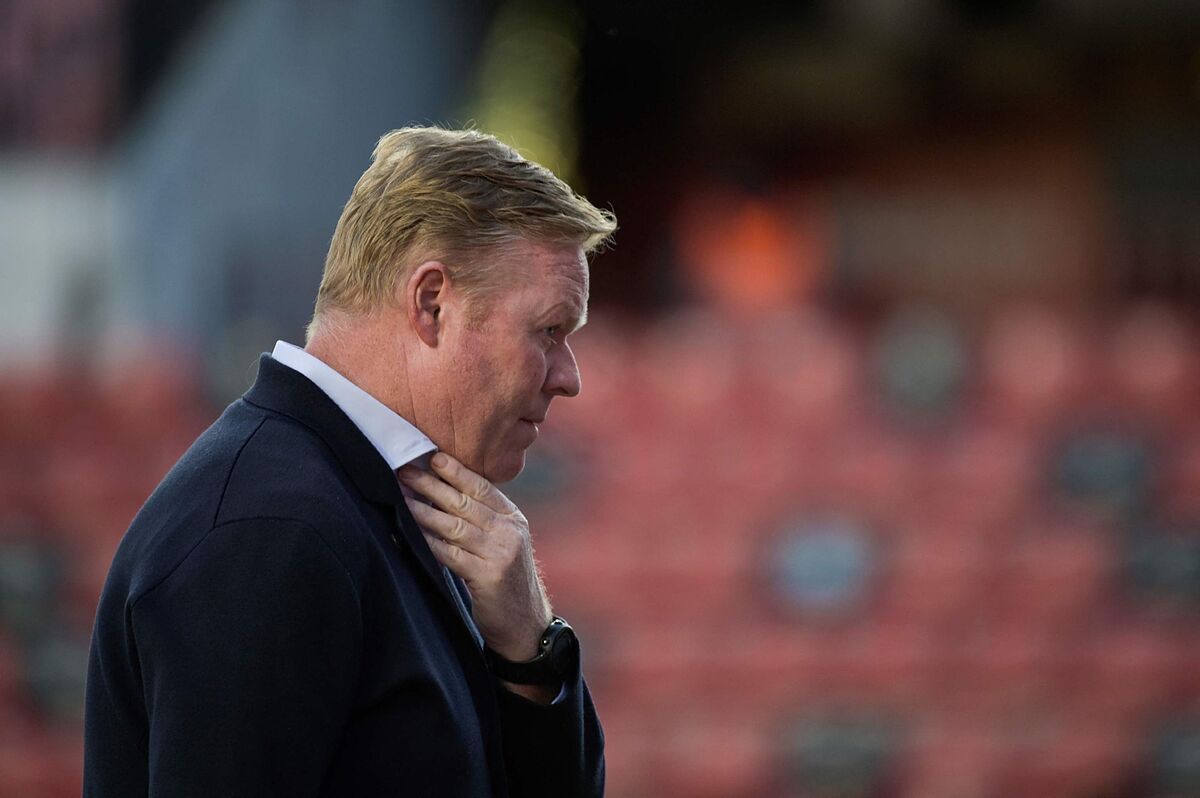 has been quite a roller coaster. Once again, as it happened before at

, the club has decided to dispense with their services before their contract was fulfilled. In the little more than

that his time on the Barça bench has lasted, the Dutchman has given time to leave a legacy that can have a decisive influence on the future of the entity:

his commitment to young people

In terms of titles and results, it is very clear that Koeman's passage through the Camp Nou bench

will not be memorable

. Last season he managed to win the

, but, both in the previous campaign and in the present, his team crashed again and again against the greats. In the time he has been at the helm of Barça, he has never been able to impose himself on the eternal rival,

. And, although he beat

almost by surprise at

humiliated him in the Champions League. Something that, this same course, both

It is true that, this year, he has had to deal with a matter as complicated as directing a team for the first time orphaned of what was its great star for more than a decade:

. But, also, that his pulse did not tremble when showing the starting door to a

who continues to beat from the ranks of Atlético de Simeone. Their big bets as signings,

, hired to revolutionize the games by coming off the bench, cannot hit the key of the goal, no matter how hard he tries.

The commitment to young footballers, with a huge future ahead, of course, is what can last the most from Koeman's time at Barça. He, precisely, was the one who by force bet on a

who became essential both in Barça and in the Spanish team. Not surprisingly, this same summer he played both the

. From the hand of the Dutch coach, in addition, players such as

have burst into the first team with force

. And other star projects, such as

, have also taken their first steps in the elite. The Austrian, however, had disappeared a bit from his plans in recent times. As much as a

who, as much as the president,

, and many other Barcelona

of, has not finished making a hole either with Valverde, with Setién or with the former Barça coach himself.

In the sentimental sphere, things had also become very rare with a Koeman who was one of the great props

and, above all, the Wembley hero. The image of the tremendous shoe with which he scored the goal that, in the end, would give Barça its

is something indelible on the retinas of many of those same

who have ended up openly wishing his dismissal, seeing the erratic team behavior. The Dutchman also had to live an extremely unpleasant situation when, after the defeat in the classic against Real Madrid last Sunday, and with his wife sitting next to him,

and they hit his car while trying to leave the Barcelona facilities.

All this, however, has not tarnished Koeman's affection for Barcelona.

To such an extent, that everything invites you to think that you plan to live in this city when you decide to permanently hang the notebook.

Not long ago, he bought a house very close to the apartment he already had in the exclusive

Now, once removed from the tremendous demand that leading Barça implies, sure, the complicit smiles and admiring glances will return every time a Barça supporter crosses him on the streets of Barcelona.

, they will think, surely deserves no less.

LaLigaThe first day of a new era: what were our lives like the year Messi debuted in the classics?