A darkened sex scandal shakes both the NHL and the US Olympic team. Stan Bowman is stepping down from his position as general manager of both the Chicago Blackhawks and the U.S. Olympic team. 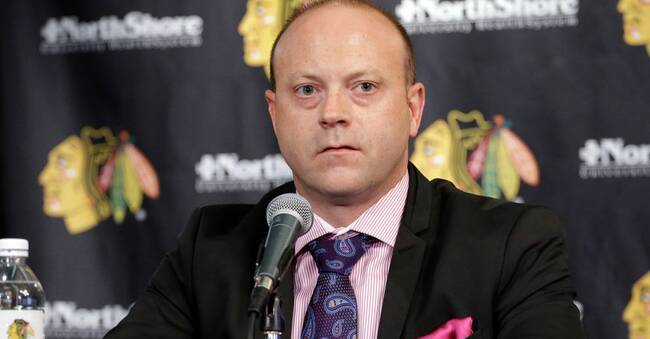 - In light of what has happened today, I think it is in American ice hockey's best interest that I step aside.

I am grateful to have been selected and wish our team the very best in Beijing, says Bowman in a statement on the US Ice Hockey Federation's website.

It was in the middle of the burning Stanley Cup playoffs in May 2010 that two players in Chicago reported a video coach for sexual abuse.

Leading club management, then-president John McDonough, head coach Joel Quenneville, vice-president Jay Blunk, assistant general manager Kevin Cheveldayoff and Bowman had a meeting on the matter but decided to darken it all so as not to disrupt the team's chemistry during the Stanley Cup.

The team then took home the title.

The designated video coach then committed abuse after the inner core met.

Only when the playoffs were over did President John McDonough act.

He then gave the video coach two options: Agree to be investigated or resign.

The whole thing then continued to be silenced ever since.

The video coach received over SEK 300,000 in severance pay and playoff bonus.

It was silent for eleven years before Chicago appointed a comprehensive investigation in June this year in which 139 people were interviewed.

It is now ready and the club writes on its website.

"It is obvious that we as a club and the employees at the time did not live up to the standard and the values ​​that should apply to dealing with such an abominable incident.

We deeply regret the damage that the individuals have experienced through our failure to experience.

At a news conference yesterday, Blackhawks owner Danny Wirtz announced that Bowman is leaving the club, which he has been in since 2005, with immediate effect.

- He admits that he has made a mistake, says Wirtz and announces that those who participated in the blackout will not be allowed to belong to the Blackhawks organization.

The investigation reveals that the then coach Joel Quenneville and the then assistant general manager Kevin Cheveldayoff lied about their own knowledge in the case.

Quenneville is currently the head coach of the Florida Panthers and the Cheveldayoff general manager of the Winnipeg Jets.

NHL Commissioner Gary Bettman has announced that he will have a meeting with these people.

The NHL has fined the Chicago Blackhawks SEK 17 million.