Chinanews client, Beijing, October 26 (Reporter Yue Chuan) The 24th Winter Olympic Games will kick off in Beijing on February 4, 2022, a hundred-day countdown. This "Double Olympic City" from summer to winter is about to become a new milestone in the history of the 100-year Olympic Games. On the morning of October 20th, the Tinder for the Beijing 2022 Winter Olympics arrived in Beijing, and the 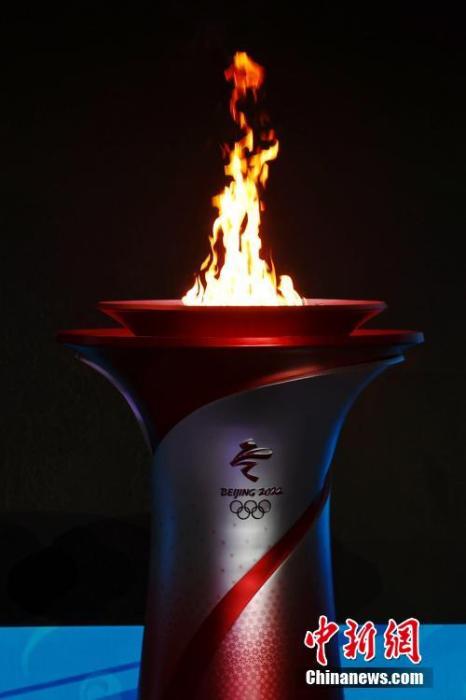 This "Double Olympic City" from summer to winter is about to become a new milestone in the history of the 100-year Olympic Games.

Since Beijing and Zhangjiakou won the right to host the 2022 Winter Olympics and Paralympics on July 31, 2015, the emblems "Winter Dream" and "Feiyue" were released to the mascots "Bingdun Dun" and "Xuerong". The advent of "Rong", from the beautiful vision of the torch "flying" to the sincere appeal of the slogan "Together to the future"... In the past 6 years or so, the preparations for the event have been steadily advanced.

Just a few days ago, the fire for the Beijing 2022 Winter Olympics arrived in Beijing, and the raging flame carrying the Olympic spirit revisited its place after 13 years.

As each plan moves from a blueprint to reality, the host's promises to the world are fulfilled one by one.

The smooth development of the preparations for the Beijing Winter Olympics has also brought more confidence in the global fight against the epidemic.

The construction of venues has always attracted much attention during the preparatory phase of the Olympics.

According to the plan, all venues for the Beijing Winter Olympics will be delivered on time during the year.

The picture shows the Shougang ski jumping platform in the sunset.

As the first newly completed competition venue in the Beijing competition area, the Shougang Ski Jump is not only the world's first permanently reserved ski jump, but also known as the "crystal shoes", it has also become a new landmark and "net celebrity" in the urban area. Punch in.

With 22 "ice ribbons" dancing in the wind, the national speed skating stadium with the largest all-ice design in Asia reveals a beautiful posture.

Not only the appearance is exquisite, but the national speed skating stadium, which is "internal and external", has taken the lead in accepting the test of the international test competition and has been widely praised by Chinese and foreign athletes.

In response to the "Ice Ribbon", the National Aquatics Center "Water Cube" transformed into an "Ice Cube", becoming the world's first venue to achieve "water-to-ice conversion".

The design is inspired by the traditional Chinese cultural image "Ruyi", the National Ski Jumping Center takes off the veil of mystery. "Snow Ruyi" joins hands with the "Ice Jade Ring", showing the beauty of China and setting many world tops. The cutting-edge technology is the Beijing Winter Olympics. Added enough horsepower.

On October 18th, local time, the fire for the Beijing Winter Olympics was successfully collected in Ancient Olympia on the Peloponnese Peninsula in Greece, the birthplace of the Olympic movement.

In front of the Hera Temple site with a history of more than two thousand years, the Olympic fire was once again ignited for Beijing.

The picture shows the torch of the Beijing Winter Olympics.

In the overall venue construction, the concept of green and sustainability runs through.

Statistics show that among the 44 Winter Olympics venues and facilities, only 7 have been built to meet the needs of the Winter Olympics preparations, accounting for only 16% of the total.

Not only that, all newly built and renovated venues and facilities meet the green building standards, paving the way for sustainable use in the future.

From the 5th of this month to the end of this month, the "Meet in Beijing" series of winter sports events including 10 international events, 3 international training weeks and 2 domestic testing events have been launched in the three major competition areas of Beijing, Yanqing and Zhangjiakou.

On the basis of strict epidemic prevention, the organizers provide humane services to the greatest extent in various aspects such as accommodation and catering, and strive to create a comfortable competition environment for athletes.

According to the International Olympic Committee, whether it is the venue itself or the event organization, the feedback from participating athletes is "very positive" for the end of the speed skating China Open, Asian Figure Skating Open and other testing activities.

The competition lasted for 3 days and set up 12 events. Athletes from China, South Korea, and the Netherlands participated in the competition.

With the deepening of preparations and taking the Beijing Winter Olympics as an opportunity, China's ice and snow sports are also moving in the direction of "southern development, westward expansion, eastward advancement" and the four seasons.

In the process of advancing the popularization and development of ice and snow sports, a series of supporting projects for the Winter Olympic Games represented by the Beijing-Zhangjiakou High-speed Railway played an important role. The goal of "movement" has been added.

The crystallization of countless staff's blood in the past two thousand days and nights, in exchange for a series of gratifying preparation results are now in sight.

Although there was a sudden outbreak during the period, as IOC President Bach said, the preparations for the Beijing Winter Olympics were very smooth and very impressive. Full of confidence."

There are only a hundred days left before Beijing becomes the "City of Double Olympics." Organizing operations and epidemic prevention measures during the match are the top priorities in the preparation for the sprint.

The first edition of the "Epidemic Prevention Manual" was officially released on the 25th. It is regarded as the key to ensuring the smooth hosting of the Beijing Winter Olympics and Paralympics.

According to the "Epidemic Prevention Manual", a closed-loop management policy will be implemented during the Beijing Winter Olympics and Paralympics, covering all Winter Olympic venues including arrivals and departures, transportation, accommodation, catering, competitions, and opening and closing ceremonies.

In terms of personnel epidemic prevention, the "Epidemic Prevention Handbook" encourages and promotes all athletes to be vaccinated, and proposes that the vaccination of athletes participating in the Beijing Winter Olympics and the Winter Paralympics "should be continued."

Vaccinated athletes, a small number of athletes who have passed the medical exemption, and team officials can enter the closed loop directly after entering the country.

Other personnel implement the "two-choice-one" policy, that is, those who have completed the entire vaccination process 14 days before coming to China will directly enter the closed-loop management after entry; those who have not been vaccinated or have not completed the entire vaccination process will be quarantined and observed for 21 days after entry.

The release of the "Epidemic Prevention Manual" also indicates that various preparations have entered a critical moment in the sprint.

While fighting the new crown epidemic, it is an unprecedented feat to present a simple, safe and exciting Olympic event to the world.

The theme slogan of the event.

Standing at a special historical node, Beijing, as the world's first "Double Olympic City" to host the Summer and Winter Olympics, will have a profound impact on the development of the International Olympic Movement.

As Bach said, in the context of the epidemic, the significance of the Beijing Winter Olympics as a "new Olympic benchmark" is undoubtedly manifested. It will become a milestone in the development of world ice and snow sports.

To the future together.

One hundred days later, let us witness the writing of a new history of the "Double Olympic City".