Verstappen kept away from chasing Hamilton

Max Verstappen held off and secured the victory in the US GP competition in Formula 1. Thus, the Dutchman expands his lead in the world championship. 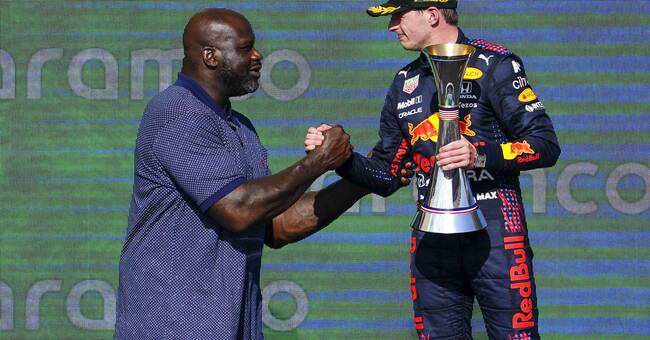 - It was a cool race and I had the pressure on me.

I did not know how fast Lewis took in me.

We managed to stay away at the end, says Verstappen according to AP after a race that ended at midnight towards Monday Swedish time.

The Red Bull driver started the race in pole position, but was passed early by rival Lewis Hamilton who provided a lively start.

Verstappen's tactics with early pit stops would prove successful - and after a hard fight throughout the competition, he was able to win 1.3 seconds ahead of the British.

The 24-year-old leads the World Cup summary with twelve points when five races remain of this year's season.

A victory gives 25 points, a second place 18 and a third place 12, where the first ten get points.

I got off to a good start and really gave it my all, but in the end they (the Red Bull team) were better.

Congratulations to Max, he did a great job today, says Hamilton, who is chasing his eighth F1 title, of which the fifth in a row.

For third Sergio Perez, the race was the hardest in his 208th race when he did not get the water bottle to work, which caused him to become dehydrated in the heat of Austin, Texas.

- I suffered something terrible.

Ever since the first lap I was without water.

It was the first time I ran out of water and hopefully the last.

It was my toughest race ever, says Perez.