World record in the debut of the Ethiopian running star

In his first half marathon in his career, Letesenbet Gidey set a new world record with a time of 1.02.52 during Sunday's road race in Valencia. The competitions in the Spanish city also meant a new Swedish record for the half marathon by Sarah Lahti, who polished her own personal best by over one and a half minutes. 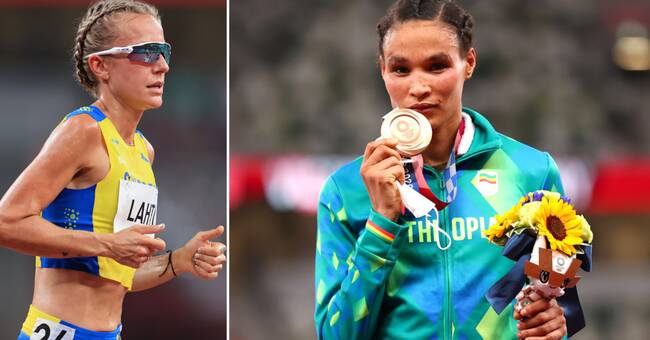 Ethiopian Letesenbet Gidey is already a world record holder in the 5,000 and 10,000 meters.

Now the 23-year-old also holds the record for a half marathon.

With a time of 1.02.52, she broke the Kenyan Ruth Chepngetich's world record from earlier this year by a full 70 seconds.

"I knew I could run at this time, after receiving positive responses during my training camps in Addis Ababa (the capital of Ethiopia)," an overjoyed Letesenbet Gidey told World Athletics after the race.

Planning for marathons in the future

Gidey took bronze in the 10,000 meters at the Olympics in Tokyo and World Cup silver at the same distance in Doha in 2019. The competition in Valencia was the running star's first half marathon in a competition context.

- In the future, I plan to compete in marathons, but I'm not sure if it will be before the Paris Olympics 2024.

In the Valencia half marathon, there was also a Swedish record, when Sarah Lahti ran to the finish in the time 1.08.17.

Lahti's new time means a break from his own record that was set in Dresden last year, by a full 1 minute and 36 seconds.

The Hässelby runner has earlier in the autumn shown strong form, when on October 3 she also polished the Swedish record for 10 kilometers of road running - also in Valencia - with a time of 31.26.