From Luis Suárez's appetite came the illusion of Atlético, which was seen again behind the shadow of an iron curtain, as it already happened against Liverpool, five days before ... 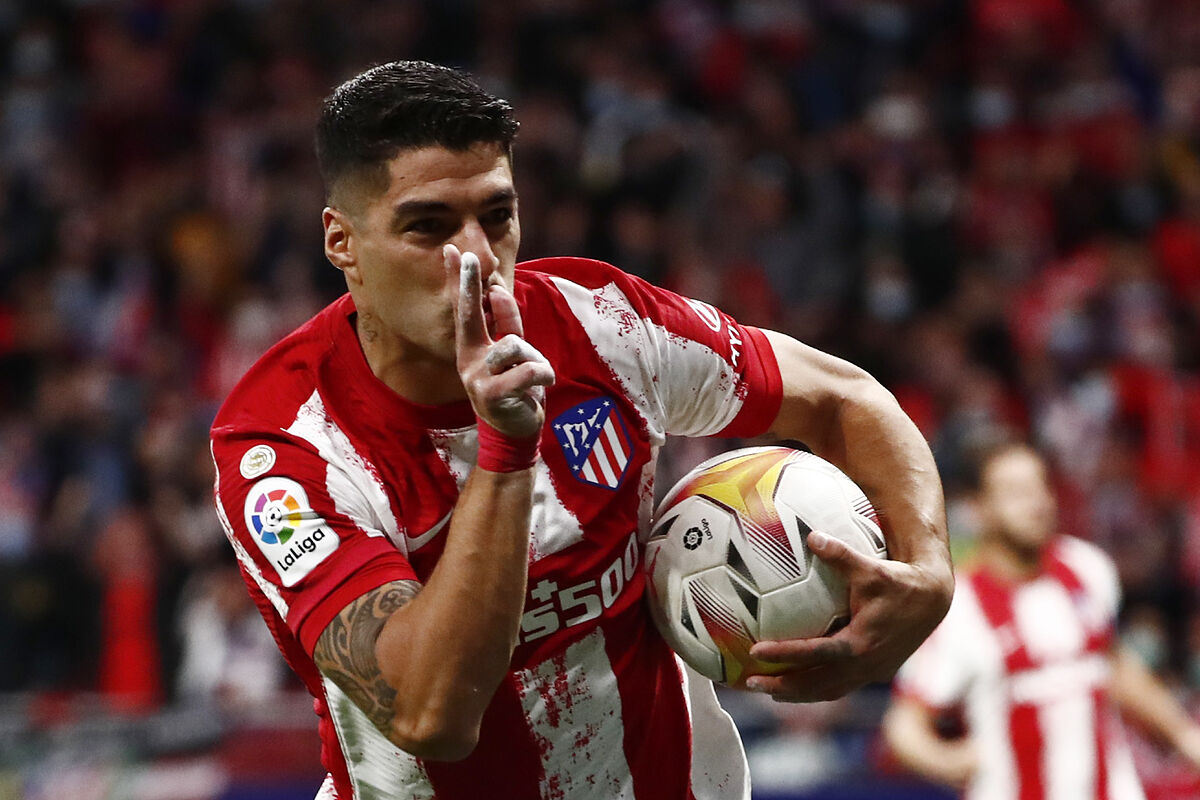 From Luis Suárez's appetite came the illusion of Atlético, which was seen again behind the shadow of an iron curtain, as it already happened against Liverpool, five days before.

This time in front of the Real.

The Uruguayan's tusk and the rojiblanco conviction helped the locals to recover half from a suffocation that could be greater.

The point keeps Imanol's team leaders and leaves a strange flavor to a stadium that does not win for scares.

In less than a week, two highly demanding teams have passed through the Metropolitan. Real Sociedad is not Liverpool, but it is not by chance that it came to Madrid as the leader of the League. It didn't take him 10 minutes to make it very clear. His football with a millimeter touch, tuned from his goalkeeper Remiro, the germ of the blue and white orchestra, found the prize after a loss of Joao Félix. Guevara stole, Silva raised his head, thoughtlessly touched Merino, found the hole, almost as a reflex action, Isak and Sorloth, a giant Norwegian, managed to find a weak point in Oblak. It was his first goal in the League. Atlético was starting again with the need to raise another marker against. A situation that this season is no longer casual and is on the way to becoming a dangerous habit.Not always all the pieces of the vase can be put back together in time.

Simeone gave a few touches to his 11. He started with two centrals (Felipe and Hermoso) and was entrusted to the four daggers that make any rival swallow hard. Griezmann, Joao, Luis Suárez and Lemar. All in the same package, along with De Paul and Koke. An offensive bet that, obviously, has the risk of airing embarrassment behind. Although Antoine and Joao understand each other better and better, although Suárez prowled around the area with his fang sharpened, Atlético went into the break with a strange feeling. La Real did not suffer excessively, but each local oversight triggered a lightning attack, always faithful to the ball. Isak or Silva, apart from the huge Sorloth (1.94), crossed the Oblak wire, to Simeone's despair.

It was difficult for Atlético to find its place because Real, as if it were actually in a bullring, cited its rival to the very limit of its goal. Remiro became a central room and the rhythm of the game of Imanol Alguacil started from his boots. Madrilenians struggled to get their hands on a ball that the Basques rocked and hid by stretching the field like chewing gum. The Metropolitan's stands were desperate, while the rojiblancas jerseys persecuted the ball with suffering. For something the Real landed in Madrid as leader of the general. Not caring about the (numerous) casualties that he dragged, including that of Oyarzabal, one of his icons. There are things that are not by chance.

Simeone's first solution, Carrasco's entry by Lemar, was met with another slap.

Isak gave it, at the dawn of the second act, with a direct free that surprised Oblak.

The ball took off violently and ended up bouncing in the Slovenian goalkeeper's nose.

For the second time in five days, Atlético found themselves with two goals against.

With another eight thousand to climb.

Each irruption of Joao Félix hinted at a handful of things.

He only lacks the goal, which is just what Luis Suárez has left over.

The Portuguese looked up, drew his right hand and the Uruguayan hid between Le Normand and Aritz to nod off that breath of oxygen that allowed him to never stop dreaming.

The precision and the breath of the Real were fading, while Atlético launched convinced.

This time the VAR stopped being a sentence, to open a door.

Suarez was left lying on the grass after Merino's studs hit one of his twins.

It must have been Simeone's fuss that put everyone on the track.

The matter ended in a penalty and the Uruguayan striker, who already has seven goals and two doubles, outwitted Remiro as he did at San Siro with the Milan goalkeeper.

There was no more blood in a Wanda who has only seen hers win two of the seven games.

A stadium that is getting used to emotions as strong as they are dangerous.

LaLigaSimeone confesses that he tested Messi through Luis Suárez

LaLigaThe redemption of Griezmann: the method to earn forgiveness, Luis Aragonés on the horizon and 54 million for Real Sociedad