Real Madrid overcame FC Barcelona 2-1 on Sunday at Camp Nou during the clasico counting for the 10th day of La Liga. The Madrilenians won thanks to goals from David Alaba and Lucas Vaz ... 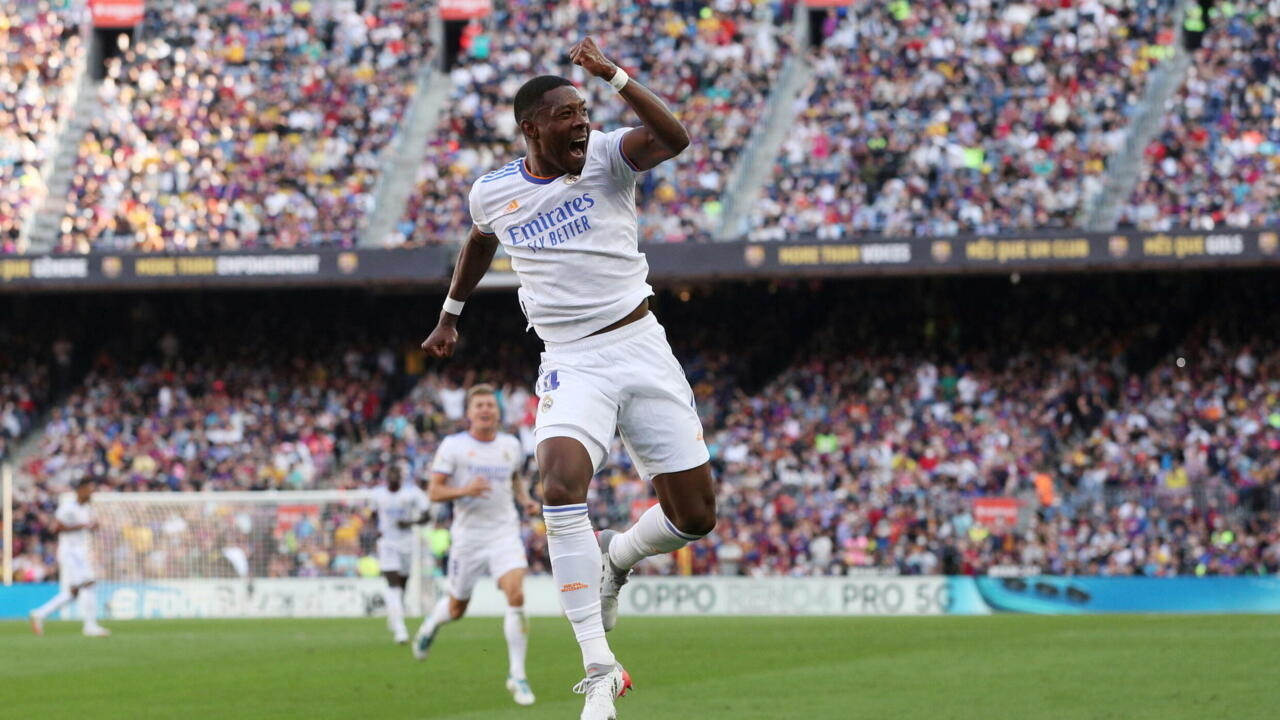 Four in a row: Real Madrid won their 4th consecutive clasico 2-1 against FC Barcelona on Sunday 24 October, at Camp Nou.

He temporarily took over the reins of the standings, before the match between Atlético Madrid and Real Sociedad, at 9 p.m.

The icons Lionel Messi and Sergio Ramos left for Paris Saint-Germain, but the new stars of the clasico are there: while Ansu Fati did not shine, David Alaba scored a superb first goal in the white jersey (32nd) .

Real Madrid made its law in Catalonia for the 10th day of La Liga, carried by its prodigy Vinicius, and this despite a choppy end of the match, marked by goals from Lucas Vazquez (90th + 4) and Sergio Agüero (90th + 7).

The goal of the Austrian international, heir to Ramos' N.4 since this summer, is proof that Real have better negotiated their generational handover for this first clasico of a "new era", as qualified the Spanish press this Sunday.

At the half-hour mark, Alaba steals the ball from Oscar Mingueza's feet on the edge of the Merengue surface.

He serves Vinicius, who has left on the left wing, and also throws himself.

The Brazilian finds his compatriot Rodrygo, who in turn serves Alaba, who closes his left foot and concludes with a ball lodged in the side net of Marc-André ter Stegen.

The action involved a 29-year-old rookie, who arrived during the summer to strengthen a decimated defensive sector, and the two young Brazilian from Real (21 for Vinicius, 20 for Rodrygo).

💬 @MrAncelotti: "Rodrygo and Vinicius are doing a great job offensive and defensive. Asensio also took part in our second goal. The squad are eager to play and it's very positive."

The other man to have shone on the merengue side was also the same Vinicius: mocked last year, he has been sharp since the start of the season alongside Karim Benzema.

And he was still very dangerous in his right lane on Sunday, exploiting his speed in particular against an overtaken Oscar Mingueza, and replaced by Philippe Coutinho at halftime.

He even came close to opening the scoring in the 24th after dribbling Marc-André ter Stegen twice in the box, but his strike was blocked by Jordi Alba, with whom he had just clung after a contentious action in the box.

Barça had their chances, but wasted them.

There was this big miss from Sergiño Dest, who did not frame his shot when he was alone against Thibaut Courtois (25th).

This head of Gerard Piqué, who shaved the foot of the left post (35th).

Or this opportunity of Ansu Fati in the area, countered by David Alaba just before the break (44th).

Supporters at the rendezvous for this first clasico

Result: this first clasico of the season in front of an almost full Camp Nou (86,422 spectators), a sort of passing exam for this Catalan eleven composed only of players trained in Masia or in the Netherlands, is failed.

The only positive point is the first goal in the Blaugrana shirt of "Kun" Agüero, who replaced Ansu Fati in the second half before scoring in stoppage time. But the rest of the game only confirmed the gaping faults. of this Barça in reconstruction: defensive deficiencies, and a lack of offensive leadership.

Sign of the current change of era: Gavi (17 years and 80 days) has become, in front of Pedri, the youngest holder in a clasico in the 21st century ... while opposite, Luka Modric (36 years and 45 days ) became the oldest.

But however talented the new Catalan generation may be, it was the Madrid alchemy that won the day on Sunday afternoon.

Another success in the bag of Karim Benzema, silent for his 25th clasico, but who quietly connects the victories on the road to a possible Ballon d'Or.

This week was also marked by the trial in the Mathieu Valbuena sextape case, in which 10 months suspended prison sentence was required against Karim Benzema.