Welcome to our live blog! We will keep you informed here about the five games on this Sunday in the Eredivisie. Have fun! LIVE: Ajax-PSV  2-0 8 pm: FC Groningen-AZ Results: Cambuur-Feyenoord  2-3 Vitesse-Go Ahead  1-2 FC Twente-NEC  1-2 in 2 days Haller, so. The Frenchman makes his seventh goal of this Eredivisie season and is therefore again accurate in a big game. in 2 days in 2 days 58 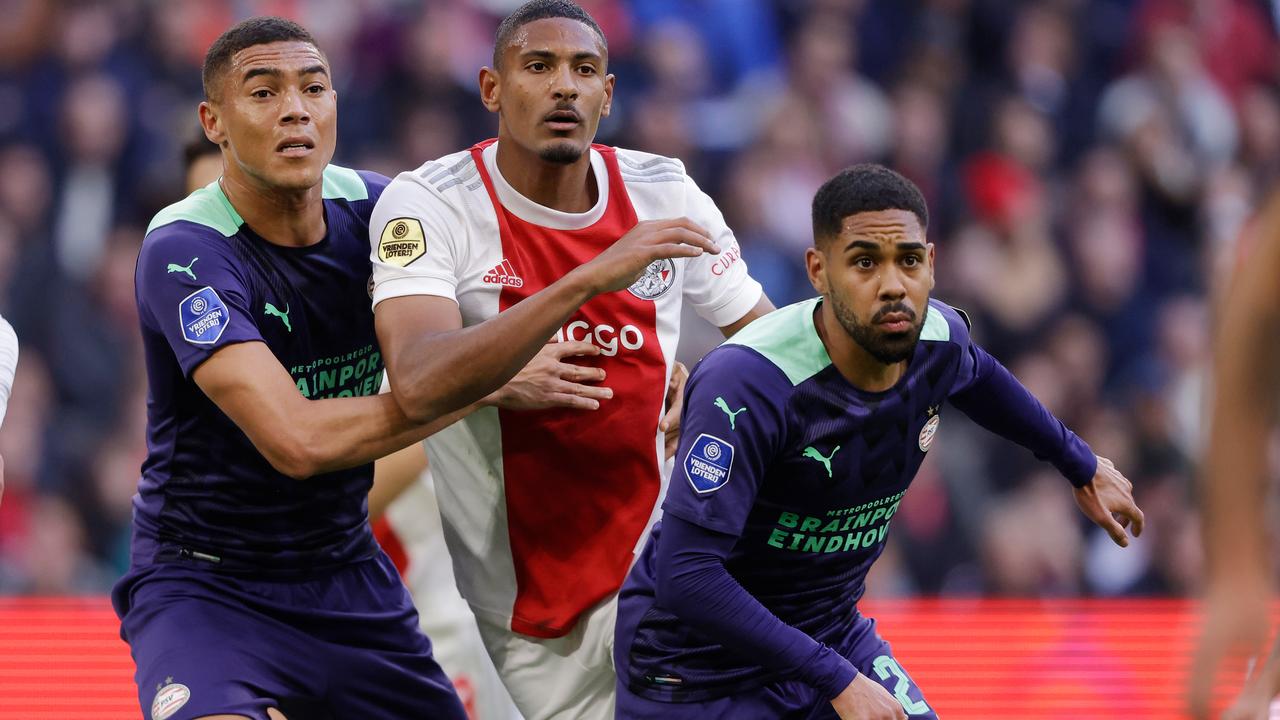 Welcome to our live blog!

We will keep you informed here about the five games on this Sunday in the Eredivisie.

The Frenchman makes his seventh goal of this Eredivisie season and is therefore again accurate in a big game.

58 'Substitution at PSV: Yorbe Vertessen comes for a disappointing Bruma.

Can the Belgian still help PSV in this game?

Ajax scores from a corner!

Tadic hurls the ball in front and top scorer Haller heads the ball into the far corner by timing well in the air.

53 'The game waves up and down again.

We haven't had a chance for a while.

48 'Ajax is dangerous on the other side, but Blind's shot is blocked by Götze.

A nice start to this second half!

47 'Mario Götze gets the ball back in the box and can shoot, but the shot is too weak and therefore an easy prey for Pasveer.

46 'No substitutions at halftime on either side.

The same 22 names are still on the field.

46 'We are going to play football again in Amsterdam!

Can PSV do something about the 1-0 deficit or will Ajax cross the line?

Ajax leads 1-0 in Amsterdam against PSV thanks to a goal from Steven Berghuis.

Both clubs also had some opportunities for more, but for now it is 1-0.

44 'Berghuis thinks he can head into the 2-0 after a cross from Blind, but Berghuis hits Haller, who stands in the way of Ajax for a while.

Ajax was able to counter dangerously, but was not careful enough.

Another good five minutes until the rest in Amsterdam.

We haven't had any real opportunities in a while.

The PSV player does not commit his first offense and is also thrown out.

36 'PSV took over the initiative from Ajax for a while, but now the team from Amsterdam has more control.

This is how it waves up and down in the ArenA.

Ajax still leads 1-0 thanks to Berghuis.

34 'Timber sends Haller away with a through ball, but PSV goalie Drommel is attentive and is at the ball earlier than the Ajax striker.

31 'Boscagli blasts the ball towards the far corner, but Pasveer keeps his goal clean again.

29 'Lisandro Martínez is also booked for a foul on Zahavi.

The Argentinian is too late and PSV gets a free kick just outside the penalty area.

A nice place for the people of Eindhoven.

After PSV loses the ball, Blind can throw the ball in front of the goal.

Antony fires from just outside the penalty area, but hits just wide.

The moment of the first half so far: Berghuis scores after a good attack by Ajax with Tadic as principal.

PSV started very strong, but is now falling back a bit in this game.

Ajax leads 1-0 and has the confidence.

24' Yellow for Ajax player Álvarez, who comes in firmly and works Ramalho to the ground.

24 'PSV has more control after Berghuis' 1-0, but has not been around Pasveer for a while.

Ajax looks at it for a moment.

The left leg scores for the sixth time against PSV.

It is his third goal of the season.

The attacking midfielder of Ajax hits the ball hard after a good low cross from Tadic.

PSV is completely dismembered there by Ajax and Drommel has no answer to Berghuis' bang.

15 'Now PSV escapes after a corner from Ajax.

The ball hangs in the penalty area and the birthday boy lvarez can shoot, but his bet is just blocked.

13 'Philip Max prevents Steven Berghuis from rushing towards Drommel with a good intervention.

There Ajax once again cut through the PSV defense.

Just before that, Vinícius gave a dramatic cross to Zahavi, killing a big chance for the visitors.

The ArenA is in any case completely full, but the majority will not be happy with this opening phase.

PSV is doing well and already had a few opportunities.

Ajax is searching, but has had more of the ball in the PSV half in the last few minutes.

The team from Amsterdam combine because of the PSV defence, but Van Ginkel prevents a pass from Gravenberch from reaching Haller with a sliding tackle.

8 'Shooting chance number three for PSV is also a fact.

Bruma tries after a good PSV attack, but he also does it from a too difficult angle.

4 'There is the second chance for PSV.

Álvarez makes a mistake and Zahavi can lash out, but the PSV attacker does that just a little too much from the side, allowing Pasveer to save again.

3 'The first chance is for the visitors!

Carlos Vinícius can head after a cross from the left, but goalkeeper Pasveer turns the effort of the PSV player.

Ajax and PSV start the top match in the Johan Cruijff ArenA.

The battle for the lead has started in Amsterdam.

The players come onto the field in Amsterdam!

In a few minutes we will start with this Eredivisie topper.

The ArenA is slowly filling up.

Will the public in Amsterdam see another spectacular Ajax show or will PSV take the win?

Ajax can have a fit team, while PSV in Amsterdam has to do without Madueke and Gakpo.

Both attackers are injured and will not participate in the coming weeks.

The Amsterdammers also take with them a better feeling from the past European week.

Ajax won 4-0 against Borussia Dortmund, PSV lost at home to AS Monaco: 1-2.

The smasher between Ajax and PSV yielded varying results in the past editions:

We will quickly continue with the match of the weekend: Ajax-PSV!

Both teams are warming up.

Kick-off is in about fifteen minutes.

These are the setups:

Go Ahead Eagles records a very nice away win in Arnhem and beats Vitesse 1-2!

Luuk Brouwers decides the game by shooting a penalty in the final phase.

Tyrell Malacia scores the winning goal in the second half.

The Rotterdammers are recovering from the draw against RKC and are back in the top of the Eredivisie.

Luuk Brouwers does it for the visitors and uses the penalty!

Vitesse goalkeeper Schubert works Eagles captain Kuipers to the ground and so there is a penalty kick for Go Ahead Eagles, in the last minute...

90 'There are four more minutes in Leeuwarden!

87 'Feyenoord gets a lot of space in the switch, but still does not benefit from it.

Cambuur still has a few minutes to pull out a draw, while Feyenoord can smell the victory.

84 'Time is ticking in Rotterdam's favor, but Arne Slot's team has not yet received any points.

Sinisterra just shot the ball into the side net, making it still exciting in Leeuwarden.