Elfsborg is still to be reckoned with in the Allsvenskan gold battle. And that with notice. At home against Sirius, the Borås team more or less closed the match already in the first half through two Icelandic cannons and an unexpected clap-clap goal that saved the home crowd. 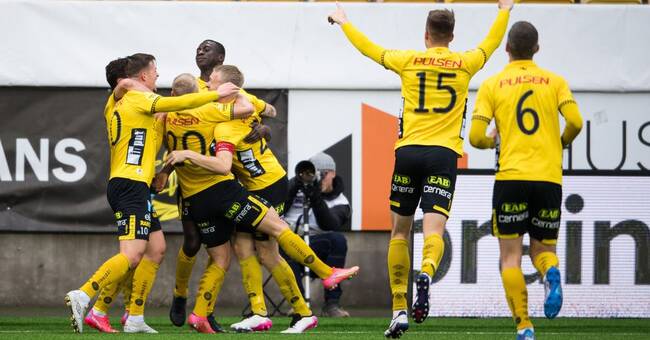 Elfsborg's Icelander Veinn Aron Gudjohnsen, who replaced suspended Per Frick at the top of the starting eleven, gave the home team a dream start with two straight goals in the first half.

Still, it was the company "Olsson Larsson" that stole the attention at Borås Arena.

Because just before the half-time break, the Elfsborg players, in a style study of dribbling and an almost hockey-like clap-clap game, could check out both goalkeeper and Sirius defense - before Simon Olsson with a last pass gave Johan Larsson the opportunity to poke in 3-0 in open box.

Sirius' cancer away from home continues

Sirius has been injured and has had a hard time winning away from home during the season.

In ten away matches, there has only been one victory against Degerfors on 18 September.

In the second half, the Uppsala team still came out hungrier and had some dangerous finishes.

Not least by replacing Nahom Girmai Netabay's dangerous Christian Kouakou, but without finding a net.

The second half ended goalless and Elfsborg took three important points in the gold battle, where the team is now two points behind league leader Djurgården.