Alexander Isak has scored his first goal of the season in La Liga. On a free kick in a good position outside the penalty area, the Swedish Real Sociedad striker struck with a shot that found its way through the wall and with a cunning bounce went in goal behind Jan Oblak in the Atlético Madrid goal. 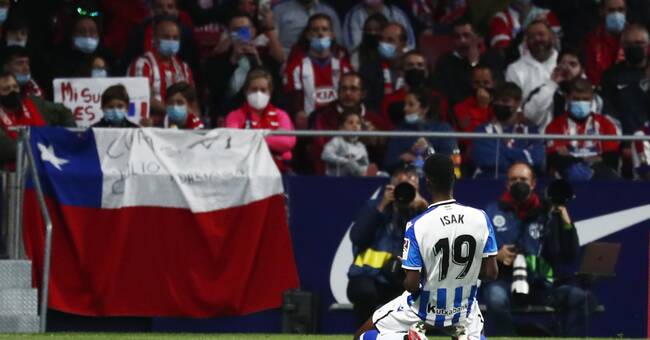 Alexander Isak has already scored goals in the national team and in the Europa League.

On Sunday night, the first goal in the club shirt of the season also came, which meant 2-0 to Real Sociedad at the beginning of the second half.

Before that, a Nordic attacking duo had also been behind the lead goal.

Alexander Isak, who started the match at the top together with the Norwegian Alexander Sörloth, was carefully in a counterattack position and assisted Sörloth to 1-0 in the beginning of the match.

But in the 61st minute of the match, Atlético Madrid reduced when Luis Suarez nodded in 1-2.

The same Suarez equalized on penalties a quarter of an hour later, and the score right now in Madrid is 2-2.