Brighton has been this year's upstart so far in the Premier League. But Manchester City became far too difficult at home at Falmer Stadium for "Seagulls" and coach Graham Potter, who lost 4-1. 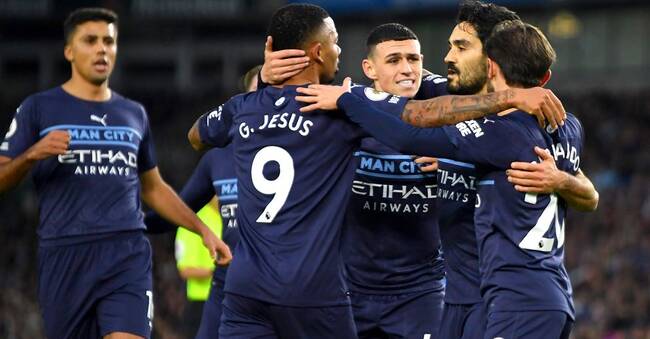 When the teams met in May last season, Brighton took a surprising 3-2 victory.

The team from the English south coast has also started this season strong and is in fourth place in the table.

But tonight there was no repetition of that success for Brighton.

The team was more or less without a chance against a City that took advantage of every ball and got large areas to play on.

The lead goal came in the 13th minute of the match.

Brighton goalkeeper Robert Sanchez did not really manage to get the ball in a clearance and Bernando Silva pulled with a bicycle kick to Ilkay Gündogan who put the ball in the open goal.

Consolation goal on penalty for Brighton

Goalkeeper Sanchez generally did not have his best night and with half an hour played, City had gone from 3-0 after two quick goals by Phil Foden.

The second is a deceptive variant of a return, which Foden steered on Gabriel Jesus' shot.

Brighton did a much better second half.

It was also a reduction goal on penalties, which Brighton's Alexis Mac Allister took care of.

A consolation for the home crowd, at least temporarily, before City's Riyad Mahrez set the final score 4-1 in the final stages of the match.