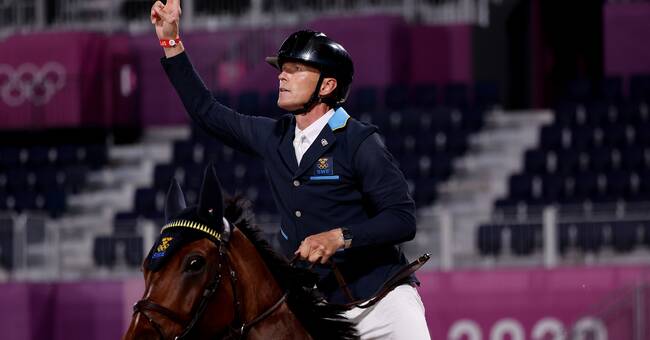 Peder Fredricson has had a fantastic season with Olympic gold, Olympic silver and European Championship bronze.

He recently took over the throne as number one in the world rankings and tonight he reached another milestone - overall winner of the Global Champions Tour 2021.

Only one Swedish rider has previously won the prestigious jumping series;

Peder Fredricson has been in the top fight in the overall standings in the Global Champions Tour for most of the season, after strong results throughout the year, including two GP victories.

The only one who could stop Fredricson's overall victory was Olympic gold medalist Ben Maher.

But for the Briton to secure his third GCT title, he was forced to win tonight's Grand Prix, while Fredricson must be out of the top ten.

The title secured before the ride

Ben Maher and Explosion, his golden horse from the Olympics in Tokyo, did not have a successful night in Slovenian Samorin but had 12 errors in the basic round in the GP class and Fredricson thus secured the honorable title even before he rode.

Peder Fredricson and All In started shortly after Maher and they tore two obstacles, thus the chances of winning in tonight's Grand Prix disappeared but the result does not upset the overall victory - Fredricson wins the Global Champions Tour 2021.

In addition, Peder secured the overall victory in the team competition, Global Champions League, earlier in the evening.

Fredricson and his teammates from Valkensward United finished third in the last round but increased their points in the overall standings and won the overall victory for the season.