Márquez's doubt continues: "His recovery may never be full" 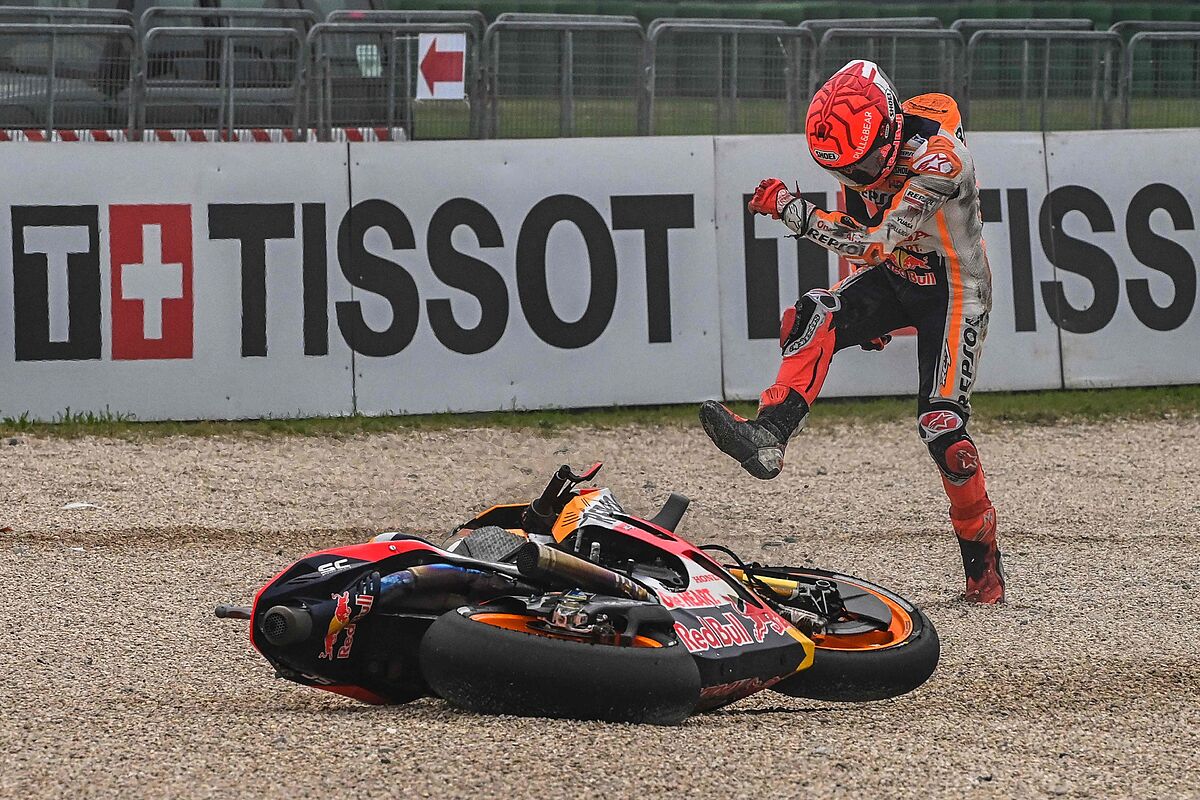 "Now I am competing, but I am not enjoying myself. With pain I cannot enjoy."

"I still don't understand how I feel, it's going to be days."

"I look for life as I can because the arm still has it."

"Not always, but at times I have to use anti-inflammatories."

He has made it clear time and time again: he is not recovered from his right humerus injury.

Almost a year after his third operation and despite his recent victories at circuits on the left - Sachsenring and Austin - the six-time MotoGP champion continues the anguish with which he returned to the tracks in April and will possibly end this season.

There are only three rounds left, including this Sunday's race at Misano, and his goal will be to get on the podium in them to face 2022 with optimism.

, seem faster, but can compete against the rest.

Whether he succeeds or not, the question will be the same: Will the old Marc Márquez ever return?

In his right humerus is the answer.

Joy has been returning this year to the Repsol Honda team, but in the garage everyone is aware that the past is past. "I think Marc will be MotoGP champion again, but I don't think he will be again with three or four races to spare," says one of its members in an apparently general feeling. With a notable emotional involvement, the group has conspired so that the Honda allows Márquez to be in the lead again and, from there, the arm will decide. If the pain continues, you will not be able to increase the rhythm of training again and, above all, the risk in driving. If they disappear, the long days of preparation will return at the Rufea circuit in Lleida and the skidding to the limit. So much time later it should already be verified if his recovery advances or stagnates, but according to the experts "there is still room. "

Three operations in half a year

"Elite sport requires a lot of speed, but unfortunately a recovery of this type can be slow. At this point the bone has already healed and what remains are sequelae. The pain may have disappeared, but it is not so rare that it is still suffering. His humerus underwent three operations in half a year and he needs more time to improve strength and coordination, "says Dr.

, a traumatologist at the HM Torrelodones University Hospital and medical director of the Spanish Winter Sports Federation (RFEDI), who in his day already warned about the dangers of a hasty return of Márquez. Now he denounces the false feeling that surrounds elite sport when facing this type of injury: "It is easy to think that this is sheet metal and paint, that in a few weeks everything heals, but you have to understand that an injury like this can leave certain consequences for always. And in an athlete like Márquez, being at 95% may mean stopping winning. I repeat: he still has a margin. But it is also possible that his recovery will never be full. "

The season has less than a month left and then, until the beginning of March, Márquez will have plenty of time to rest the damaged area and try to forget the pain.

have to face young people, especially Quartararo himself, to move up in the history books.

are very close and

If the discomfort continues next 2022, he will have to continue modifying his riding and try to win, if that is possible, in constant fight against his own body.

MotoGP Another circuit upside down, another victory for Marc Márquez

MotoGPMárquez returns for victory in Texas