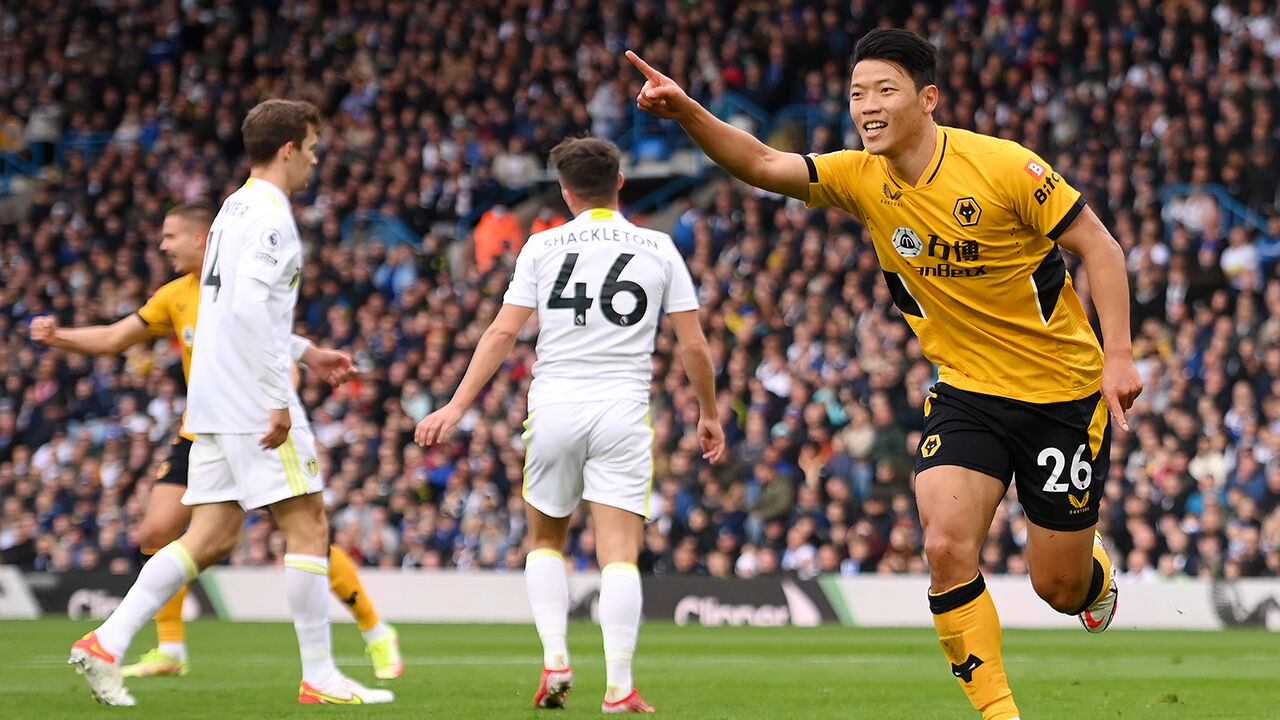 Hwang Hee-chan scored the opening goal in the first 10 minutes of the Premier League round 9 away match against Leeds at Elland Road in Leeds, England.

It is Hwang Hee-chan's fourth goal this season.

Hee-chan Hwang, who played for Leipzig in the German Bundesliga and entered the Premier League on loan to Wolverhampton at the end of August, has scored four goals in six league matches.

Hwang Hee-chan, who started for 4 consecutive league games, scored a goal in 10 minutes of the start of the game.

Raul Jimenez's shot, which received a cross from the right flank, hit the defense and flowed out, and Hwang Hee-chan did not miss it and pushed it with his right foot to shake the net.

Wolverhampton, leading 1-0 with Hwang Hee-chan's goal, endured Leeds' wave well after that, but eventually conceded just before the final finish.

In the second half of extra time, Semedo conceded a penalty while blocking Gellhard of Leeds, and Liz Rodrigo scored the kick to draw a 1-1 draw.

Wolverhampton's recent three-game winning streak was halted by a draw with Leeds, but their unbeaten streak continued for four consecutive games.