Here, the Leksand player tunnels everyone - including himself

In the first period, Leksand's Jon Knuts scored his first goal of the season - with a nice tunnel variant that fooled both himself and the Växjö players. Afterwards, he was unsure of exactly what was happening. - Am I even on the puck? I have poor control, he says to C More. 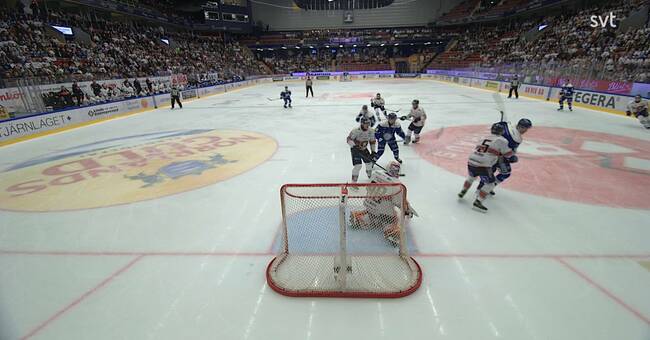 After seeing the replay in the period break, however, Jon Knuts was able to state that he controlled the puck in the net and take credit for the beautiful tunnel, his first goal of the season.

- It was time, I have waited a long time for that goal, he says to C More.

The match as a whole was an extension thriller, which Växjö won.

The net behind the decision

The visitors had a strong mid-period and went up to a 2-1 lead after a return goal by Julius Nättinen.

But in the last period, the roles were completely changed and it was instead Leksand who convinced.

The equalizer came when Oskar Langa scored his third goal of the season.

The match in extra time where Julius Nättinen put 3-2, the Finnish forward's second goal of the evening.

In the final seconds of the middle period, a situation also arose that made Tegera Arena boil.

The puck went into the net after a messy situation where several players fell over and where Lif player Carter Ashton fell into the goal together with the Växjö goalkeeper - but the referees chose after deliberation to rule out the goal.