The top to bottom of the Premier League could only end in one way, right? Yes of course. Chelsea beat Norwich 7-0 and Mason Mount scored a hat-trick. 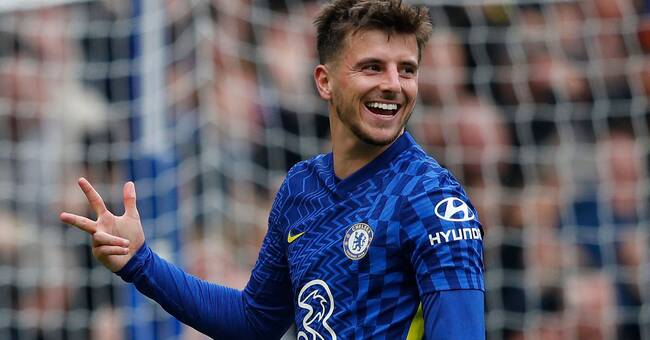 After 4-0 against Malmö FF this week, table-toppers Norwich were crushed.

Chelsea had to do without both Romelu Lukaku and Timo Werner, who were injured in the Champions League match against Malmö FF this week, but what did it do.

They were completely superior and extended the lead in the Premier League to four points ahead of Liverpool, but with one match more played.

The bottom team Norwich only got a single shot on goal in the match and also had to play the last 25 minutes with only ten men since Ben Gibson pulled on his second warning.

The problems did not end there for Norwich.

Chelsea also received a penalty after the ball hit the arm of a defender.

And the second time, Mason Mount managed to get the ball in goal, his second goal of the match that meant 6-0.

- 21 in goal difference for Norwich

Mount started the shooter in the eighth minute on a long shot.

Just before the halftime break, Reese James chipped in 3-0.

He has now scored in four league games in a row.

The fifth goal was an own goal, as Hudson-Odoi's shot was directed into goal.

Mason Mount scored his third goal of the evening when he scored the 7-0 goal in extra time.

His first hat trick in the Chelsea shirt.

Chelsea have instead scored 23 and only conceded three.