18 hours after the penalty loss against Linköping, Brynäs took revenge on away ice. And that with a message: 3-0 before the first period was finished - where a 16-year-old talent showed the way with his debut goal in SDHL. 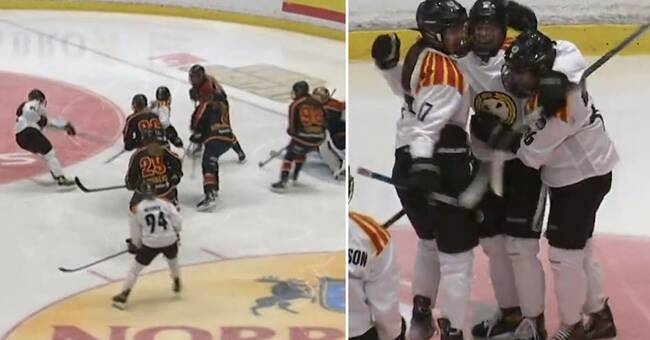 Brynäs got a real taste start when Djurgården lost the puck in their own zone and 16-year-old forward Stella Lindell scored 1-0 on a return just over a minute into the match.

The goal was Trollhättan-educated Stella Lindell's first in hockey's high-speaking and in the Brynäs jersey - and the goal scorer was congratulated by his teammates and smiled big on the ice after the milestone.

The lead was then extended twice before the first period was over - made the memory of yesterday's loss of penalties against Linköping fade.

Djurgården took a convincing victory against Leksand last time, but had a hard time finding momentum at home at Hovet.

It was also notable that Mina Waxin scored her first goal for Brynäs since the break from Modo, which was completed only four days ago.

Brynäs, who is missing several key players at the moment, thus showed the breadth that is in the squad and currently tops SDHL in a limping table.