Barty announces the end of her season

Australian world number one Ashleigh Barty announced Saturday that she will not defend her title in the ATP Finals from November 10 to 17 in Guadalajara, Mexico, and thus the end of her season. 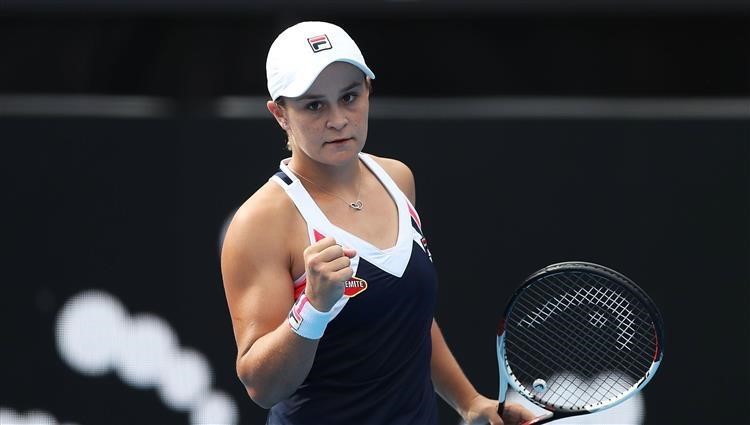 Barty announces the end of her season

Australian world number one Ashleigh Barty announced Saturday that she will not defend her title in the Final Masters Championship from November 10 to 17 in Guadalajara, Mexico, and thus the end of her season.

"I wanted everyone to know that I won't be in any tournament for the rest of the year," the 25-year-old champion, who has not played since her third-round exit at the US Open, the last Grand Slam, at Flushing Meadows, said in a statement. 2021, including the Women's Masters Championship in Mexico", which brings together the eight best players in the world.

"I have to prioritize my body and recovery and focus on preparing hard for the new season before the Australian Open in January," she added.

"With continuing uncertainty about returning to Queensland and quarantine requirements, I am not prepared to jeopardize my January preparations."

Doubts were swirling around the remainder of the season for Barty after announcing her withdrawal from the Indian Wells tournament and the FA Cup, which became known as the Billy DeGene King Cup.

And in her last participation in the Flushing Meadows Championship when her third-round campaign ended at the hands of American Shelby Rodgers, preventing her from trying to win her second major title in a row (she was Wimbledon champion in July), Barty said that she no longer had the "physical or mental" strength.

After the decision to miss most of the 2020 season due to fears of infection with the Corona virus, the 25-year-old Australian made a wonderful return to the stadiums this season and was crowned with five titles in the Australian Yarra Classic Valley, Miami, Stuttgart, Cincinnati, Wimbledon, the third Grand Slam, and the second Grand Slam. In her professional career after Roland Garros in 2019.