Djurgården had eight losses in their last nine matches. Against home-strong Örebro, they did not manage to improve that result line when they lost 4-3. 16-year-old Leo Carlsson struck with his second goal in the SHL and decided in overtime. 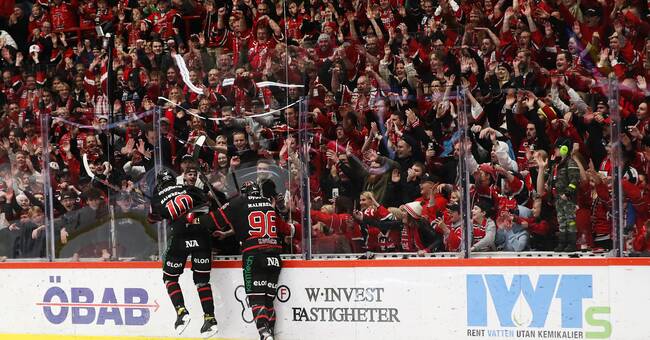 However, Djurgården got a nightmare start to the match when Örebro's Robin Kovacs put 1-0 after just 42 seconds.

The goal was Engsund's first for Djurgården.

But before the break, the home team's Jani Lajunen struck in powerplay and Örebro was in the lead again.

- I tried to go to the finish line immediately.

I took advantage of a return, such goals have to be made sometimes, says Kovacs to C More during the break.

NHL-qualified Marcus Sörensen took advantage of a penalty when he put it 2-2 behind Jhonas Enroth in the Örebro goal.

The away team then struck with a real will goal.

In numerical superiority, there was a lot of traffic in front of goal when Djurgården pushed the puck into goal.

The judges chose to look at the case, which was eventually approved.

Filip Cederqvist was noted for it.

But the lead did not last long.

3-3 after full time meant that the match had to be decided after extra time.

There, 16-year-old Leo Carlsson stepped forward with his decisive 4-3 goal and Örebro scored the bonus point.

I get a perfect pass and that is what decides, says the winning shooter to C More after the match.

For Djurgården, the negative trend continues.

- It was a good match, we fought to the end.

In an extension, anything can happen and we were unlucky with the goal that went in via a skate, says Djurgården's coach Barry Smith.