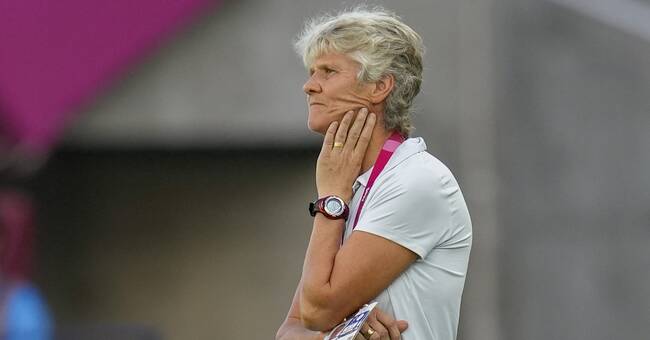 On one side: Tony Gustavsson.

On the other: Pia Sundhage.

It would be easy to think that there is something remarkable about Saturday's international match on the outskirts of Sydney, where two heavy football nations such as Australia and Brazil are both led by Swedes.

But on the women's side, it is not so strange.

In addition to the two mentioned, several other highly ranked countries have national team captains from Sweden, such as Peter Gerhardsson (Sweden), Martin Sjögren (Norway) and Anna Signeul (Finland).

Similar things are starting to happen on the club team side, with Jonas Eidevall in Super League leader Arsenal as the latest example.

- I do not know why, says Brazil's national team captain Pia Sundhage.

- But if you take women's football, we have been at the forefront for quite some time, we started early, ie already in 1973 (first official international match).

So there is a factor.

During her time in the USA, she had Tony Gustavsson as an assistant during the 2012 Olympics, and he then returned to the same role after Jill Ellis replaced Sundhage.

Gustavsson, who has been leading the Olympic fours Australia since the turn of the year, also has no given explanation for the fact that there are so many blue and yellow national team captains at a high level.

But people like Pia Sundhage have at least contributed, he says.

Hope to inspire others

- The reason I am here is not because I am so heavenly good but because people before me have opened the door and done well.

So that international football has seen that we Swedish coaches can probably do well.

So it's just to thank those who have been before me, says Gustavsson.

- If I can then help open the door for future coaches, I hope to be able to do it.

I think it's great fun for Swedish football that we have coaches internationally.

In any case, Norway's national team captain Martin Sjögren does not think it is a coincidence.

Like Sundhage, he points out that Sweden has been a pioneering country.

- We have early been far ahead with women's football in Sweden, so I think it is partly a result of what we have a lot of coaches around the world, says Sjögren.

Many of the Swedish coaches have also been focused specifically on women's teams, which may be another explanation, says Sjögren.

- It is Tony who has been on both the women's and men's side, but otherwise we have quite a lot of experience of having been on the women's side and are established right there.

Then I also think that it will be the case that the offers appear.

Pia Sundhage also highlights the quality of accepting the offer when it comes, as a possible explanation for the Swedish coaching staff.

That, and the Swedish Football Association's coaching education.

- For my own part, it is precisely the education and above all that I have said yes.

If someone starts saying yes and takes a polar bear with them, then ...

- If you take Tony Gustavsson, for example, there is a reason why he is where he is today.

Among other things, he said yes to hanging out with me last month before the Olympics (2012) and then he said yes once again to Jill Ellis.

There is a network of contacts, of course, that has spread.