Erling Braut Haaland is injured and will be out of action for several weeks. According to the news agency AP, the Norwegian, on a daily basis in German Dortmund, injured his hip. - We will have to do without Erling for a few weeks, says Dortmund's coach Marco Rose. 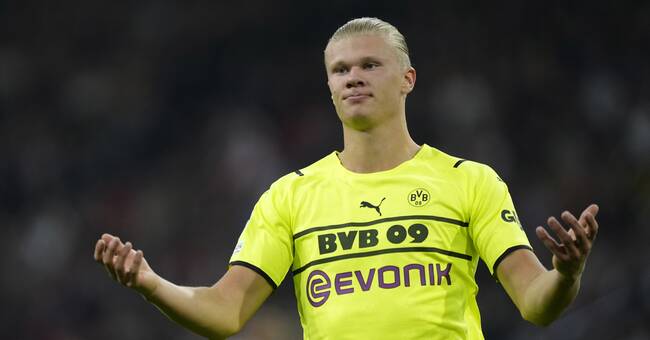 Dortmund is second in the German Bundesliga and will face Arminia Bielefeld tomorrow.

But it will be without Erling Braut Haaland who injured his hip.

- We will be able to do without Erling for a few weeks.

He has an injury to the hip flexor that makes it impossible to play, says Dortmunds coach Marco Rose according to AP.

The next Champions League match is on November 3 when Dortmund meets Ajax at home.

The 21-year-old Norwegian returned from a muscle injury as recently as last week.

He then accounted for two goals when Dortmund won 3-1 against Mainz.

- Erling was really depressed yesterday because he was so happy to be back.

He that is injured again is of course not good for us but he will get all the support he needs from the team, says Rose.