Ben Saddik's bizarre life: 'My biggest fight was outside the ring'

He was three times cured of cancer, was shot at, was involved in a fatal traffic accident and was in prison. Kickboxer Jamal Ben Saddik, opponent of Rico Verhoeven in a world title fight in the GelreDome on Saturday, is only 31 years old, but has already experienced more than most people in a lifetime. "It's all in my backpack, but I'm only looking forward." 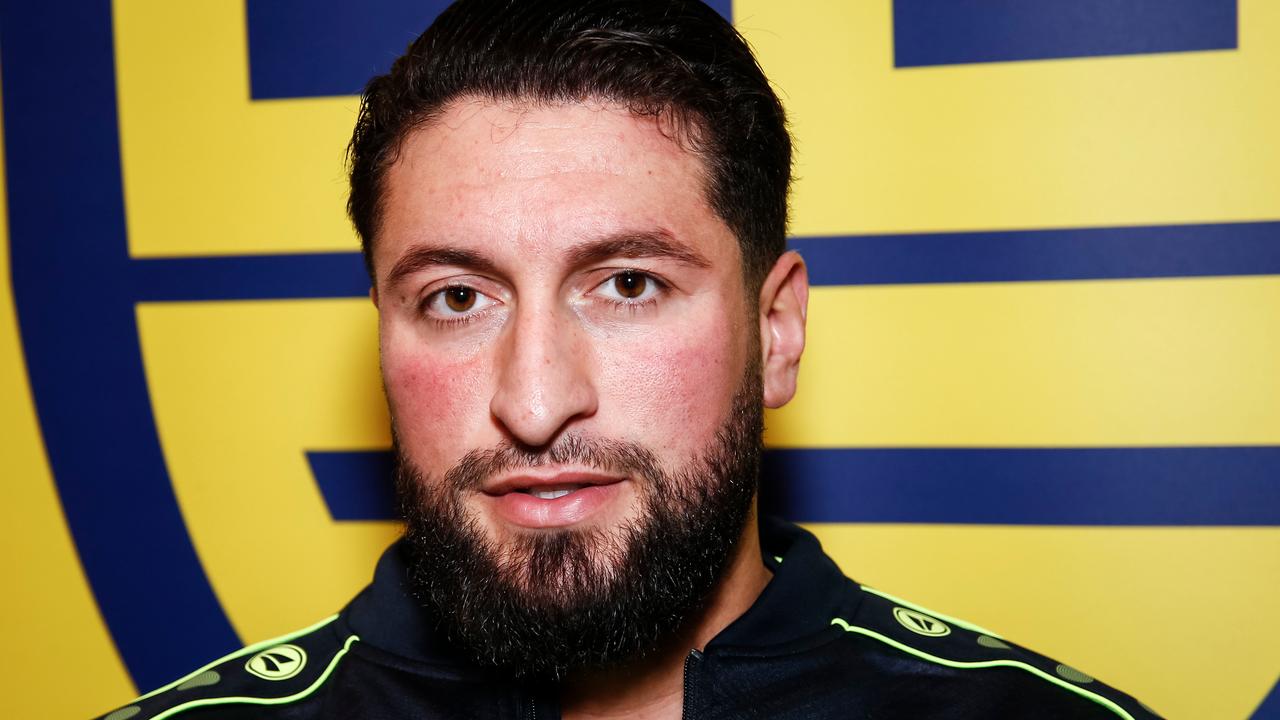 He was three times cured of cancer, was shot at, was involved in a fatal traffic accident and was in prison.

Kickboxer Jamal Ben Saddik, opponent of Rico Verhoeven in a world title fight in the GelreDome on Saturday, is only 31 years old, but has already experienced more than most people in a lifetime.

"It's all in my backpack, but I'm only looking forward."

Ben Saddik grew up in the Antwerp district of Borgerhout, which is sometimes called 'Borgerokko' because of the large number of inhabitants with an Arab background.

As a young teenager he gets involved in a shooting there, after an argument about money and drugs.

He and his brother are hit by a bullet in the lower leg.

A life of crime is a realistic option for many young residents of Borgerhout, but Ben Saddik opts for kickboxing, the sport he started at the age of nine.

With his height of 2.05 meters, the Belgian Moroccan is a feared heavyweight.

With a series of victories, Ben Saddik forces a first world title fight with Verhoeven in 2017.

He gives the title holder a number of striking blows in the first round, but then the conditionally superior Verhoeven takes the fight to him and knocks out Ben Saddik in the fifth round.

The fight is mainly remembered for an incident beforehand.

At the staredown, Verhoeven is spat in the face by Ben Saddik.

According to the Dutchman, because he would have made a comment about a previous doping violation of his opponent;

according to Ben Saddik because his opponent has said something about his health.

Ben Saddik had recently recovered from thyroid cancer for the second time.

He first contracted the disease in 2011, after which he feared his martial arts career was over.

He doesn't want to talk to anyone about it at first, sticks his head in the sand and keeps fighting until it really doesn't work anymore.

In 2015, the disease returns, but Ben Saddik recovers.

"These are the most important fights in my life and I won them. Then suddenly a fight in the ring is not so much anymore," he says.

Since he recovered from the disease and returned to the top of the martial arts, he is an example to many.

"Of course I cannot respond to all the thousands of messages I receive. It is not an easy subject for me either," Ben Saddik tells NU.nl in 2020 for a fight that has been canceled due to the corona crisis.

The interview was therefore never published.

"But I do choose moments to make time for it. 'Hey, it'll be fine, keep fighting', I say for example."

All difficult events are in Ben Saddik's backpack

Between the two diagnoses, Ben Saddik becomes involved in another tragic event.

The kick boxer hits a cyclist with his car, who does not survive the blow.

The cyclist drove through red and Ben Saddik through green, several witnesses said.

However, he is taken to the police station.

There he has to spend the night, without being allowed to contact his family.

Ben Saddik doesn't sleep a wink and can only cry and scream.

He does not get the images of the fatal accident from his retina.

He is released early the next morning.

Like a zombie, he walks through Antwerp for more than an hour, to his parental home.

"You can talk about it with friends and family, but in the end you have to deal with it yourself. I take everything that happened to me with me in my backpack, it makes me mentally very strong as a fighter."

"I'm glad I went through it all, now I know what it feels like to end up in this kind of situation. I've been able to put it behind me," he says.

"I always take the backpack with me, but I only look ahead."

Ben Saddik after depression in ring against Verhoeven: 'I will be there'

Ben Saddik has long described the day of the fatal collision as the worst day of his life.

But then the catastrophic year 2021 has yet to come.

That starts in January, when he has to cancel a second world title fight with Verhoeven due to a serious back injury.

Surgery is necessary, but has to be postponed because he ends up in jail.

As a seller of crypto telephones, Ben Saddik becomes involved in Operation Sky, a large case in Belgium and the Netherlands.

Justice has cracked the codes of crypto telephones with which criminals communicate.

As a salesman, Ben Saddik is accused of involvement in a criminal organization.

He spends a month and a half in a two-person cell, which he shares with two others due to lack of space.

The bed is only 1.80 meters long, 25 centimeters shorter than the kickboxer himself.

When he is free again, a six-monthly check-up shows that the cancer has returned.

The treatments are successful and Ben Saddik is recovering quickly.

But the events leave their mark on a mental level.

"All those things have piled up and pushed me into a depression," he says at the beginning of this month.

For the first time in his life, the kickboxer doesn't feel like training.

He sits at home depressed and does almost nothing for weeks.

"The fact that I didn't even feel like putting on my gloves was the most difficult thing for me. Because my sport is my passion."

During a holiday in Morocco with his younger brother, Ben Saddik recovers.

"And I also talked a lot, with my parents, my brothers, my sisters, the rest of my environment. That's how I got out of it."

A step to a new environment also helps.

He has been feeling like a top athlete again for a few months and is preparing for the title fight with Verhoeven.

"I have now found my peace and can fully focus on my sport. I have the pleasure back and that is the most important."