18 sports events in Dubai over the weekend

Dubai will start hosting the Men's Cricket World Cup, starting from tomorrow, as the England national team match with the West Indies team will be held, which is the first of 12 matches to be held at the Dubai International Cricket Stadium in Dubai Sports City, followed by the next day the highly anticipated summit on the field. 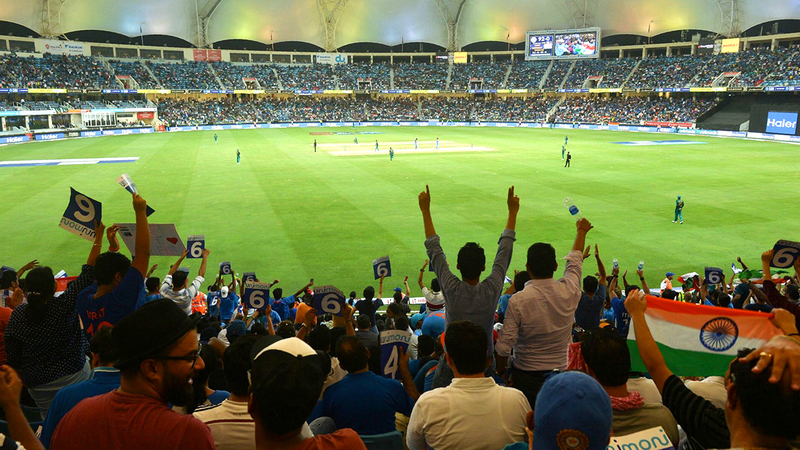 Thousands of contestants of different ages and nationalities participated

18 sports events in Dubai over the weekend

The Cricket World Cup attracts the attention of more than a billion viewers to Dubai.

Dubai will start hosting the Men's Cricket World Cup, starting from tomorrow. The teams of India and Pakistan, which will be held the day after tomorrow, and will be watched by more than one billion viewers from all continents of the world, will turn their eyes to Dubai to follow the strongest and most famous match, before the tournament concludes on November 14, where the final match of the tournament concludes at the Dubai Cricket Stadium as well.

This weekend will witness more diverse sports events, in cooperation with the Dubai Sports Council, where 18 competitive and community sports events will be held in various regions of Dubai, in which thousands of professional and amateur athletes of different ages and nationalities will participate. Hamdan Sports Complex will host, during the period from 20 to 25 October, the activities of the first international conference of swimming coaches in the Middle East. On the sidelines of the conference, a qualification course will be held for swimming coaches to obtain the fifth level degree in training, approved by the American Swimming Association.

Today, the Emaar Table Tennis Championship, organized by the Emaar Properties Group, will be held at the Marina Promenade stadiums. The Erada Center for Treatment and Rehabilitation, in cooperation with Al Qudra Sports Services Company, is organizing a 65-kilometre Erada Cycling Race on Deira Island, and the Great Tonic Triathlon on Al Mamzar Beach. The Hamilton Academy is organizing the Hamilton Swimming Championship at Hamdan Sports Complex, today and tomorrow. The Seven Sports Club will organize the women's crossfit championship at its headquarters in Al Quoz, and the Thai Break Tens Championship will be held at Coca-Cola Arena. Today, the Corporate Football World Cup, organized by Inspratos, will also start in Dubai Sports City, and the King and Queen Open Swimming Championships will be held on Palm Jumeirah, and bicycle races will continue tomorrow, at Al Qudra Cycling Track in Al Marmoom. The Salsa Boxing Championship will also be held at the Conrad Hotel on Sheikh Zayed Road.

• Cricket World Cup summit between India and Pakistan in Dubai next Sunday.

• 1000 runners will participate in the Dubai Festival City Half Marathon this morning.