Óscar at Madrid and Antonio at Barça, the classic of the Aranda brothers: "La 'yaya' even knows what an offside is" 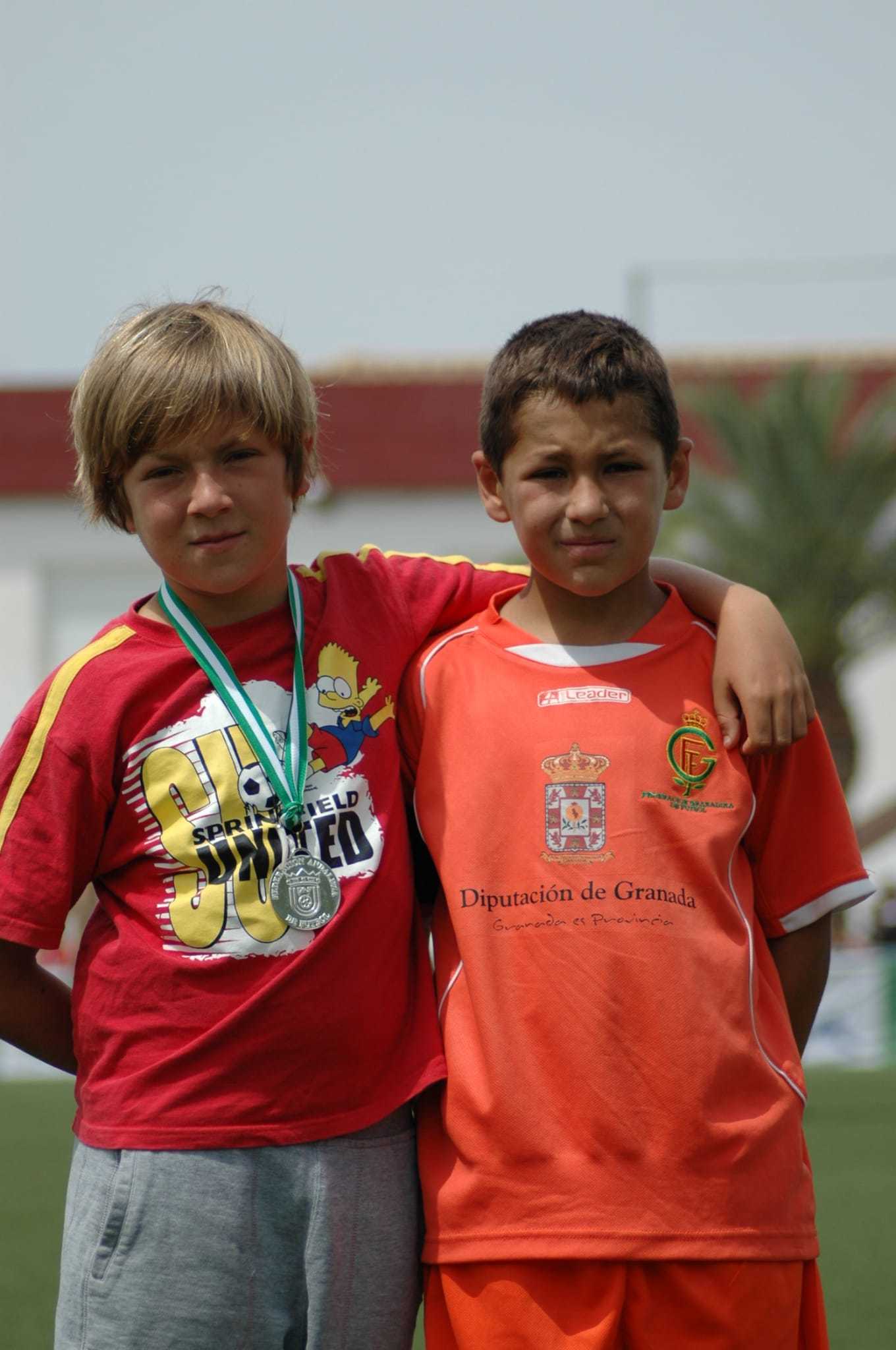 still driving his car on the roads of

. A few kilometers towards

, and other kilometers towards

. It is the story of the

on the father's side, who last Saturday, six years after those curves of a grandfather who now accumulates 81 springs, lived his most special day in the stands of the

in the classic of subsidiaries between

"As a child, Óscar was pulling for Madrid and Antonio for Barcelona,"

, son of grandfather Antonio and father of the two brothers

"A lot of people from the family went to Valdebebas, it was a

seeing them there in the green

... Their grandfather took care of them many times, taking them and bringing them ...".

Antonio's voice stops when he remembers a moment that will remain in the family book.

"They had never faced each other.

the mother's family is from Valencia, she

even knows what an offside is

, how she handles," he laughs.

The Aranda brothers, as children.

to achieve their dream of being a soccer player.

And that 'everything' is no exaggeration.

, they are not in the Real Madrid and Barcelona subsidiaries by chance or by plug.

They shared equipment in the small sports school in

, a town in Granada.

, also in the town, and finally in

, in fingerlings, due to Óscar's habit of playing with boys older than him.

It was a short time, yes, because their paths parted very soon.

"At the age of three, when they were barely walking, they were always carrying a ball. It

They wouldn't let you watch television

, they were always kicking balls and were very restless, so we took them to let off steam in football," sums up Antonio, who fondly remembers a "beautiful" time.

"I have a tremendous affection for those years,

now it's more screwed up

because you suffer more. Everything was more transparent there."

The most difficult decision for the Aranda family came in 2014.

, who passed away in May this year and was responsible for the lower categories of Málaga at the time, became interested in

. "We were not supporters and

but he had it clear

It was tiny, looked at you with his suitcase ... Had bad, we were saying there was no need to

be so small, but always had very clear. It

Óscar was in Malaga for two years and then returned to Granada, where his brother Antonio had been climbing categories.

, before leaving for the Barcelona subsidiary.

"Even if it is only because of Barça's situation, it is the moment when he is closest to making his debut,"

The fame and milestone of facing off in a classic have not changed the brothers or their family.

And if that happens, their parents are there to remind them of what is important.

In football you are nobody

, tomorrow they will kick you and nobody will remember you. It is screwed up but it is reality", assumes Antonio, the father.

"Now they are going well, but you never know. We have always instilled in them

. And they have given everything. They have not lived what their friends of their age have experienced.

While others played Play until dawn, they got up early to play

At the moment, Óscar, who was already called up by

in the inferiors, is one of the top scorers for Castilla de Raúl.

, for his part, is looking for his place in

after arriving this summer. Interestingly, they seem to have found the same position to grow up in: far left. "You have to work a lot, sweat your shirt a lot and have a lot of sacrifice.

They are very psyched up

and they just need to be lucky," his father analyzes. Last Saturday,

, a result that left no one happy: "I preferred a

LaLigaLife without Messi, as without Cristiano: ruin points, technicians on the wire and young people against the crisis

Whispers of sport The Arab rally of the 'club-states': City, PSG and Newcastle.

"Can we buy Real Madrid?"