The trial of Mathieu Valbuena's "sextape affair" continues Thursday before the Versailles Criminal Court. A day that shed light on the "parasitic world of football" and its i… 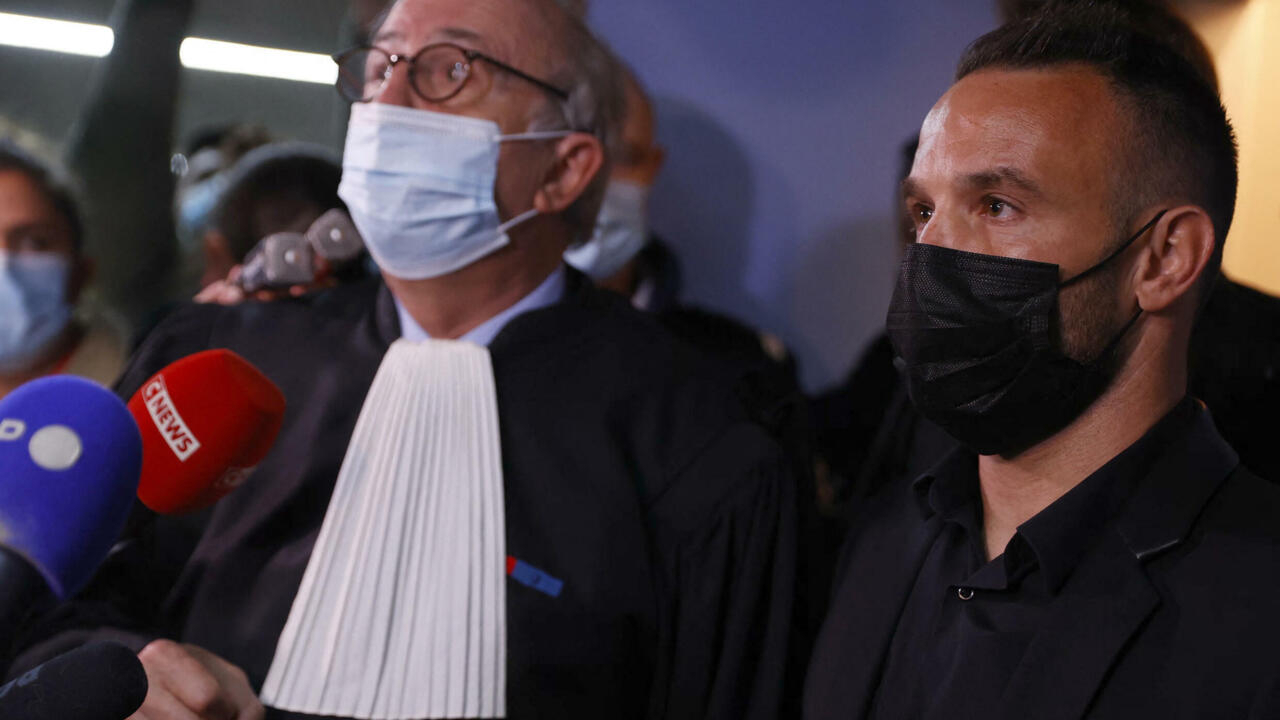 The second day of the trial of the "sextape affair", where Mathieu Valbuena and Karim Benzema clash, on Thursday 21 October highlighted the "parasitic environment of football" where intermediaries with dubious morals gravitate. who are currently on the bench.

Throughout the debates, the four defendants present depicted a world watered by players' money and where "services" and pressure blows are exchanged, against luxury watches, leather goods or sextapes.

>> To read also: "Football: 'For a Mbappé, there are thousands of young people left by the side of the road'"

Thus, Axel Angot is a "janitor", handyman, gifted in computers.

Close to Mathieu Valbuena, it was he who recovered the video of the intimate antics when the former international gave him his phone.

His friend Mustapha Zouaoui, the "linchpin" of the project, admits to having already "rendered service" to another international, Djibril Cissé, by "settling" a "problem" of sextape, before receiving 15,000 euros.

Younes Houass, he plays the intermediaries.

He got in touch with Mathieu Valbuena to "arrange (his) interests".

"The voice of these three who pollute the world of football has entered, directly or indirectly, in a room of Clairefontaine", the training center of the Blues, thundered Me Benjamin Peyrelevade, lawyer for the French Federation of football (FFF), in an allusion to the role allegedly played by Karim Benzema, commissioned by the blackmailers to Mathieu Valbuena.

The lawyer for the FFF regrets that "the voice of these three, who pollute the world of football, has succeeded in entering a room in Clairefontaine".

The FFF, civil party in this case, "must protect its players", he said, welcoming the attitude of Mathieu Valbuena, the "first player who has the courage to say no, to resist, to file a complaint" .

Me Benjamin Peyrelevade asks that all the defendants who will be condemned by the court - therefore possibly Karim Benzema - symbolically compensate the FFF by paying one euro each.

Me Paul-Albert Iweins, Mathieu Valbuena's lawyer, thundered against this "parasitic football environment", which takes advantage of "young boys" and wealthy.

He requested 150,000 euros in compensation in the name of non-pecuniary damage.

At midday, Mathieu Valbuena, who spoke for a long time on Wednesday about the consequences of this blackmail attempt for him and for his career, left Versailles and joined Frankfurt, where his Olympiakos team played in the evening. a Europa League match.

Very talkative in front of the press and in the courtroom, he had nevertheless made fun of the player on Wednesday at the bar.

Prosecuted for "complicity in attempted blackmail" on Mathieu Valbuena, Karim Benzema does not attend the debates, his lawyers having cited the "professional" imperatives of the Real Madrid star.

After the debates on Wednesday evening, one of the advice of the striker of the France team, Sylvain Cormier, spoke to journalists about Mathieu Valbuena's "resentment" and "jealousy" against the attacking the Blues.

"His calculation is simple: 'Me, I was dismissed, I no longer found the France team, and sportingly I declined' and then opposite, there is Karim Benzema who flies over world football current, "the lawyer also commented.

The hearing continues Thursday afternoon with the requisitions of the prosecution and the start of the defense pleadings.

Karim Benzema theoretically incurs a maximum penalty of five years in prison and a fine of 75,000 euros.