Denmark crushed Bosnia in the World Cup qualifiers. Then Signe Bruun became historic. - It's so cool, and it's so cool to play in the national team, says Bruun in DR's broadcast. 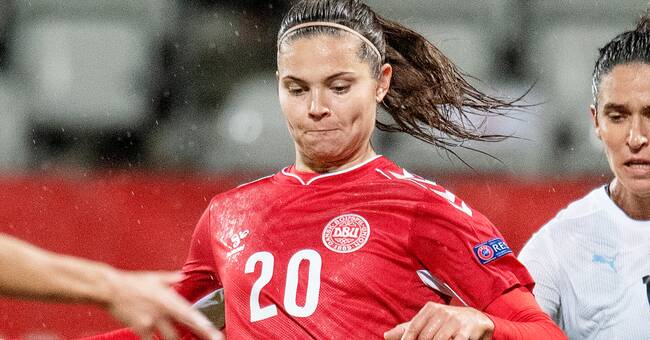 Denmark has got a perfect start to the World Cup qualifiers when they have won all the matches.

And there were also three comfortable points against the guests.

Signe Bruun did not need more time to net for the first time.

The striker met the ball with his forehead and the Bosnian goalkeeper had no chance.

Then the goals fell in.

The striker, who plays in Paris Saint-Germain on a daily basis, made a historic contribution when she scored five goals out of Denmark's eight - no one else has previously succeeded in that feat.

This means that Bruun now holds the record for most goals scored in one and the same match.

- It's so cool, and it's so cool to play in the national team, says Bruun in DR's broadcast.

Pernille Harder was uncomfortable with the soggy pitch as he couldn't move the ball around with his usual grace.

But in the 80th minute she also finally scored.

The victory means that Denmark is currently resting on nine solid out of nine possible points and thus tops its qualifying group.