Welcome to the Ice and Snow Covenant! China welcomes the Olympic flame again after 13 years! 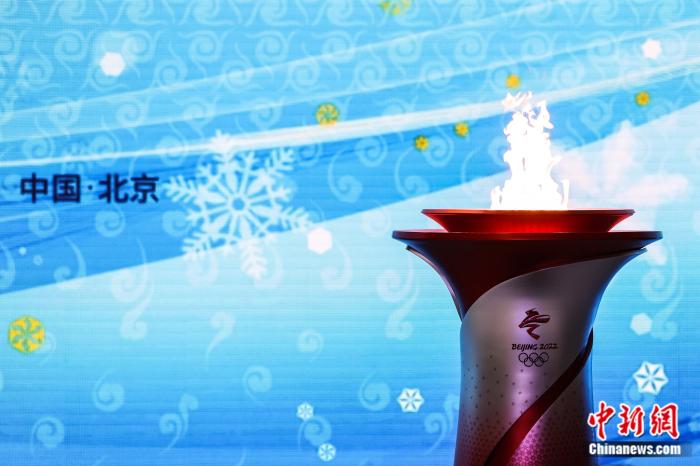 The Tinder Welcome Ceremony of the Beijing Winter Olympics was grandly held at the Olympic Tower.

In March 2008, the Beijing Olympic flame collection ceremony was held at the Temple of Hera in Greece.

With the highest priestess Maria Nafplio personally lighting the torch, this supreme symbol of the Olympic spirit is closely connected to China as never before.

In the end, after 130 days and a total mileage of 137,000 kilometers and a total of 21,880 torchbearers participated in the relay, the Beijing Olympic torch arrived at the Olympic opening ceremony venue-the Bird’s Nest on the evening of August 8, and lit the main Olympic torch. For a time, Shenzhou boiling.

On March 27, 2008, the fourth day of the Beijing Olympic flame passed in Greece, and the celebration ceremony was held at the ancient city of Pella.

The city’s last torchbearer, Mayor Chattafelitis, lit the holy brazier in front of the Pella site.

Liu Qi, then chairman of the Beijing Olympic Organizing Committee, once said: “The Olympic flame, which originated from the sun god, embodies the yearning for light and warmth, and embodies the power of fearlessness and struggle...inspiring the people to pursue peace and friendship time and time again. , The passion for progress."

Thirteen years later, in front of the 2500-year-old Greek Temple of Hera, when the Olympic flame was once again ignited for Beijing, the world once again gathered under the flag of the Five Rings.

Faced with the threats and challenges of the new crown epidemic, mankind will once again show the courage and belief in unity and cooperation to overcome difficulties.

As Yu Zaiqing, vice chairman of the Beijing Winter Olympics Organizing Committee, said, “When the new crown pneumonia epidemic hits, the Olympic fire once again brings people confidence, warmth and hope, and gathers the majestic strength to defeat the epidemic together.”

For the sake of epidemic prevention, the fire of the Beijing Winter Olympics was not delivered in Greece.

Although the entire process is compact and simple, from the collection to the handover, the Beijing Winter Olympics is approaching the 100-day countdown, various testing activities are in full swing, and preparations are basically in place. The outside world's expectations for the Winter Olympics are only increasing. .

On October 18th, local time, the fire for the Beijing Winter Olympics was successfully collected in Ancient Olympia on the Peloponnese Peninsula in Greece, the birthplace of the Olympic movement.

In front of the Hera Temple site with a history of more than two thousand years, the Olympic flame was once again ignited for Beijing.

Today, the Olympic flame, which was born more than 7,000 kilometers away, once again set foot on the land of China.

This time, it will be greeted by the passion for ice and snow sports of 1.4 billion people.

But what remains unchanged is China's unswerving exploration and pursuit of the Olympic Movement.

The silver and red Beijing Winter Olympic torch "flying" symbolizes "a meeting between ice and fire, passion flying, illuminating the ice and snow, and warming the world".

From then on, it will carry the highest symbol of the Olympic spirit, blooming the light of peace and friendship on the land of China.

In 2008, the Beijing Olympic flame ignited and bloomed in China, announcing the official opening of the most influential sports event on the planet.

Over the past 13 years, the Olympic spirit has not been passed down on China's vast land, the Olympic culture has taken root, and China's Olympic movement has achieved leapfrog development.

With the first appearance of the Winter Olympic Tinder in China, the glorious baton was passed to the Beijing Winter Olympics, and a new starting point was written.

Between summer and winter, the development of China's Olympic movement will be driven by the Olympic flame to go hand in hand to the future.

IOC President Bach said: "The Beijing Winter Olympics will connect the Chinese people with the world, realize the vision of involving 300 million people in ice and snow sports, and change the history of winter sports forever. When China welcomes the best winter athletes, The whole world will see the passion of China."

The torch relay activity is based on the theme of "Meeting the Ice and Snow Covenant and Going to a Better Future", with the slogan of "Health, Joy and Vitality", streamlining the scale of the relay and increasing the display activities. It will be divided into three types: fire display, traditional torch relay and network relay. part.

Zhang Jiandong, executive vice chairman of the Beijing Winter Olympics Organizing Committee, said that from February 2nd to 4th, 2022, traditional torch relay activities will be held in Beijing, Yanqing, and Zhangjiakou, with about 1,200 torchbearers participating in the relay.

107 days later, the Olympic flame, born in the ancient Olympia site in Greece, the spiritual home of the Olympic movement, will arrive as scheduled. The main torch will be lit at the National Stadium, the Bird’s Nest, and the perfect blend of ice and fire will be staged.

From this moment on, using the Olympic flame as the guide has also made the outside world look forward to the arrival of the ice and snow event.