China News Service, Beijing, October 17 (Wang Hao) On the evening of the 17th, Beijing time, in the Thomas Cup final, the Chinese male feather team lost 0:3 to the Indonesian team and missed the defense. It is regrettable to miss the championship, but this young team still has a lot of room for improvement in the future. The Chinese male feather will never be knocked down by failure. Final matc 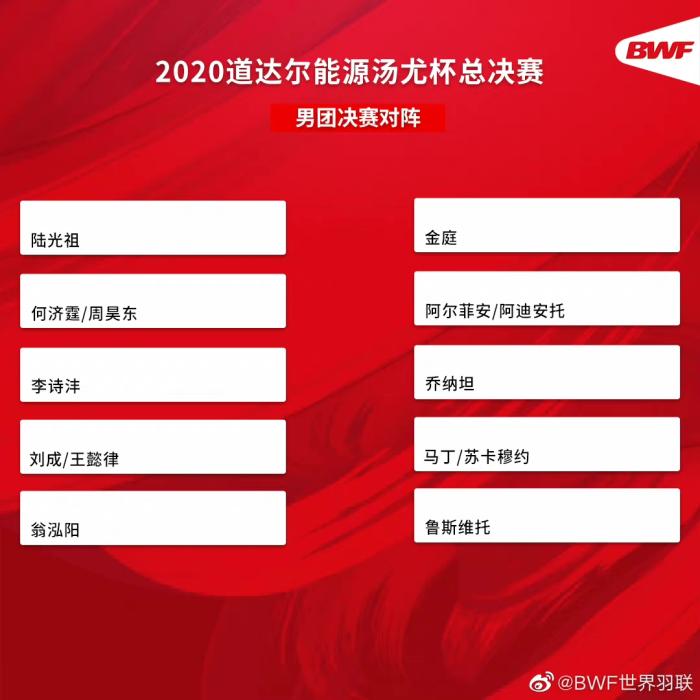 China News Service, Beijing, October 17 (Wang Hao) On the evening of the 17th, Beijing time, in the Thomas Cup final, the Chinese male feather team lost 0:3 to the Indonesian team and missed the defense.

It is regrettable to miss the championship, but this young team still has a lot of room for improvement in the future. The Chinese male feather will never be knocked down by failure.

Before this game, the promotion of the Chinese team can be said to be relatively smooth.

In the group stage, the Chinese team won all three games and advanced to the quarterfinals as the group leader.

In the quarter-finals, the Chinese team defeated the Thai team 3-0 to advance to the semi-finals.

In the semifinals, the Chinese team defeated Japan 3-1 to advance to the final.

But in the game against the Japanese team, the Chinese team ran into trouble.

After the game, he said in an interview that he “has pain everywhere. It is a joint reaction of previous injuries. He chose to abstain from the game because he didn’t want accidents.”

In the end, in the final against Indonesia, Shi Yuqi did not appear in the roster.

In the end, Lu Guangzu was reversed in the next game and lost to Jin Ting 1:2.

In the end, the Chinese team lost to Indonesia with a big score of 0:3 and won the runner-up of this Thomas Cup.

As a traditional strong team in the world badminton, the Chinese team has a glorious history in the Thomas Cup. It has won the championship ten times and achieved five consecutive championships from 2004 to 2012.

In the 2018 Thomas Cup final, the Chinese team defeated Japan 3:1 and won the championship.

But after three years, the Chinese team failed to bring the Thomas Cup home again.

Judging from the performance in the finals, there is a certain strength gap between the Chinese team and the Indonesian team, and the opponent is the better-performing party.

In fact, since the last Olympic cycle, the pattern of world badminton has changed a lot, and Chinese male feathers no longer have the dominant power.

The picture shows Shi Yuqi in the game.

This is due to a variety of reasons, including the improvement of other teams, as well as the Chinese team's own injuries and other factors.

For example, Shi Yuqi, who had high hopes in the men's singles event, broke out in 2018 and even defeated a strong enemy.

But in 2019, he accidentally sprained his ankle and caused a torn ligament.

After returning from injury, he has not been able to get back to the state before the injury.

At the Tokyo Olympics, the Chinese team won silver medals in both men's singles and men's doubles. In fact, such results have exceeded the expectations of many viewers.

In the Paris Olympics cycle, when the men's single brother Chen Long is already a veteran, the new male feather leader needs to grow up.

But failing to defend the Thomas Cup is not the end of the world.

Under the news that the Chinese team lost, netizens gave the players a lot of encouragement.

As netizens said, although this time the Chinese male feather lost to Indonesia and missed the Thomas Cup, this young team is full of hope in the future.

In this Thomas Cup, the Chinese team is dominated by the new generation, veteran Chen Long did not play, and the number one singles Shi Yuqi retired due to injury in the semifinals.

Under such circumstances, other players can reach the finals, and they have already demonstrated a strong fighting spirit.

After losing to Jin Ting in the final singles, Lu Guangzu said in an interview that although he lost today, he felt that he showed enough hard work and mental outlook, and he gave himself a passing score today.

In his view, the competition is a stage for testing and a process of growth. He has found his own shortcomings and hopes that through training and summarizing back, he will strive to play better in the next game.

As for He Jiting/Zhou Haodong, the men's doubles combination, which has been a short-term partner, also had some shining performances in the game. Over time, if they can continue to run in, their strength is likely to be further improved.

Data map: In the men's singles semifinals of the 14th National Games in Xi'an, Fujian player Chen Long lost to Jiangsu player Shi Yuqi and failed to enter the final.

The picture shows Chen Long shaking hands with Shi Yuqi after the game.

Looking back on the past history of Chinese male feathers, there are countless brilliant achievements, but they have also encountered troughs.

However, no single defeat can knock them down. The strength of China's badminton is not only reflected in the victories, but also in the process of trying to get out of the shadow of defeat.

After the final day is over, the Chinese male feather will face a new future, which is destined to be full of challenges and needs to bear the expectations of many people.

But we believe that this future will be very beautiful.