She became the first woman to judge in the AHL 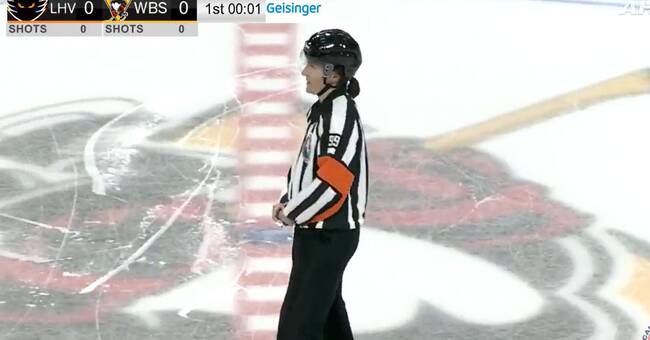 - It's an adrenaline rush to be out on the rink as a referee, just like for a player.

It takes time to build their credibility in a new league and to win the respect of the players and coaches, says Guay to the newspaper The Globe and Mail, about the chance to judge men at this level.

Of the 17 new referees presented ahead of the AHL season, ten were women.

The AHL are grandparents to the NHL and the ten women have all undergone a mentoring program within the NHL to prepare.

The goal is for women to be able to judge in the NHL in the future.

Guay did not get a quiet day at work in the match last night.

A big fight broke out in the first period and Guay was forced to hand out 28 minutes of suspension.