Heung-Min Son of Tottenham Hotspur in the English Premier League scored his fourth goal of the season with the help of his 'best friend' Harry Kane, leading Tottenham to a two-game winning streak. Heung-Min Son started the match against Newcastle in the English Premier League round 8 of the 2021-2022 season at St James's Park in Newcastle, England, and scored a goal that gave Tottenham a 3-1 lead in the first half of extra time. 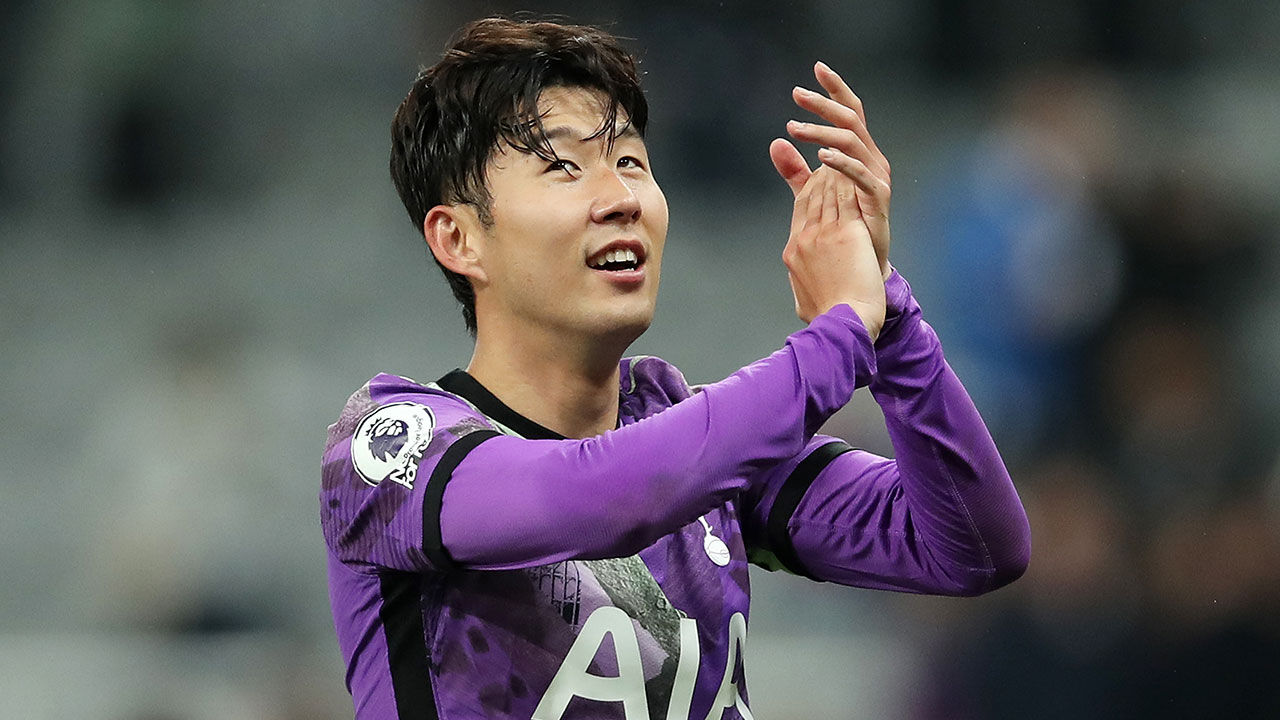 Heung-Min Son of Tottenham Hotspur in the English Premier League scored his fourth goal of the season with the help of his 'best friend' Harry Kane, leading Tottenham to a two-game winning streak.

Heung-Min Son started the match against Newcastle at St James's Park in Newcastle, England, in the English Premier League (EPL) 8th round away match of the 2021-2022 season and scored a goal that gave Tottenham a 3-1 lead in extra time in the first half.

Son Heung-min, who scored in an away match against Arsenal in the 6th round and helped in a home match against Aston Villa in the 7th round, recorded attack points in 3 consecutive regular league matches.

Son Heung-min also scored a goal with Kane for the first time this season in the regular league.

Heung-min Son and Kane, considered the best attacking team in the EPL, have jointly scored 35 goals so far.

It is one goal difference from the record for the most goals in EPL career (36 goals) set by Frank Lampard and Didier Drogba (Chelsea).

Tottenham Hotspur, who have won two consecutive victories after three consecutive losses in the regular season, has risen to fifth place (15 points, 5 wins and 3 losses).

Newcastle, which became a 'rich club' after being acquired by Saudi Arabian capital on the 8th, scored the opening goal in the first two minutes, giving joy to the new owners in the audience.

When Javier Manquillo crossed from the right side of the goal area, Callum Wilson only changed direction with his head and shook the net.

Tottenham scored the equalizer in the 17th minute of the first half.

The pass passed by Rekilon from the left was connected by Tangui Ndombele with a shot aiming at the right corner of the goal near the penalty area to turn the game around.

Five minutes later, Kane was responsible for the comeback goal.

Pierre-Emil Hoybjerg put in a lob penetrating pass, and Kane scored a game-changing goal with a right-footed non-stop shot that went through the defensive line and skipped the keeper key.

It was Kane's first goal in the EPL, scoring 6 goals in the UEFA Europa Conference League qualifying (2 goals) and finals (3 goals) and the Carabao Cup (1 goal, League Cup) this season.

In the 39th minute of the first half, Heung-Min Son took a corner kick from the left, and Lucas Mora headered it to the crossbar.

The match was interrupted unexpectedly in the 40th minute of the first half.

An emergency occurred in the stands, and the referee had the team's medical staff take action, and the game was stopped.

When the situation was not over, the referee declared the end of the first half and allowed the players to enter the locker room.

The match resumed in about 25 minutes and the players took 7 minutes of extra time.

In the 49th minute of the first half, Kane scored a ground cross from the right from the front, making it 3-1.

Newcastle made the game even more difficult as MF Jonjo Shelby was sent off in the 38th minute for accumulated warnings.

Newcastle only managed to make up for one point in the 44th minute with Tottenham's Eric Dier own goal.

Newcastle manager Steve Bruce was his 1,000th game against Tottenham as manager.