We get behind the wheel of Born, Cupra's challenge

Cupra's success is incontestable, but using a sports simile, "the difficult thing is not to get there, but to stay". In Barcelona they know it and the &amp; apos; as of ... 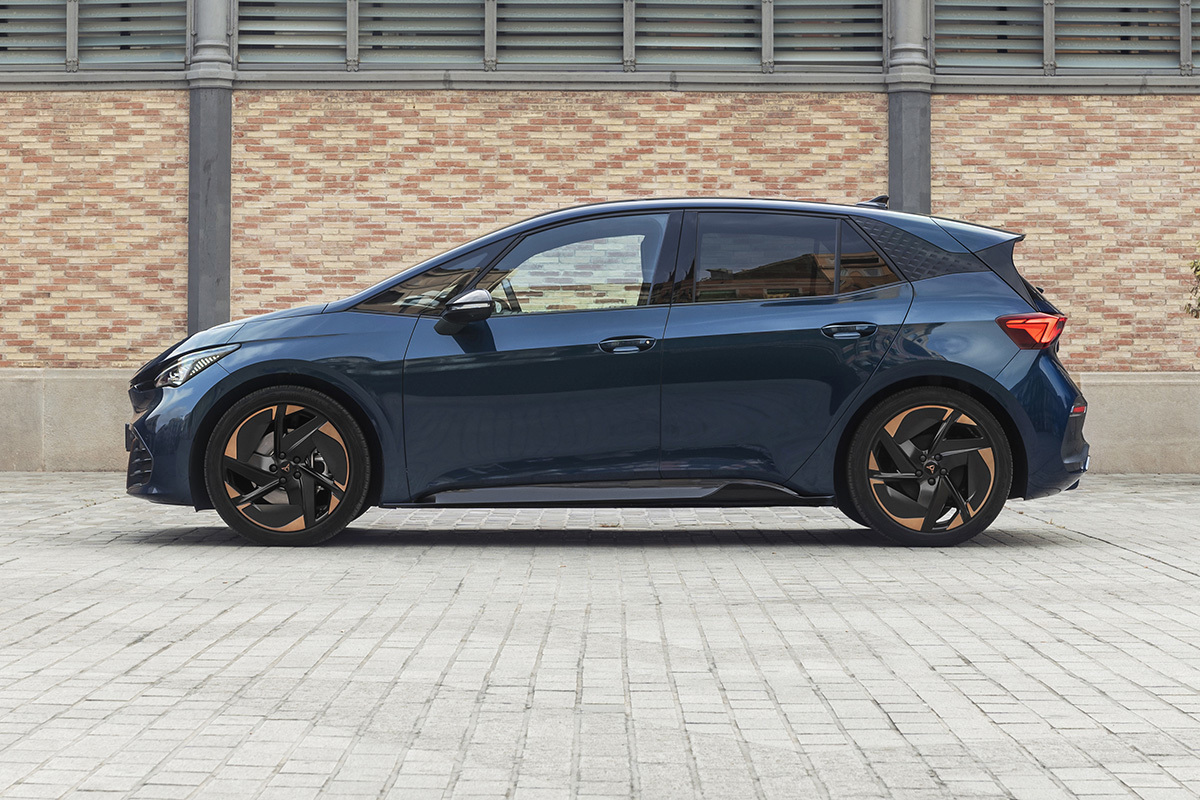 Cupra's success is undeniable, but using a sports simile, "the difficult thing is not to get there, but to stay."

In Barcelona they know it and the 'ace of clubs' to consolidate their bet, even redouble it, is called Cupra Born.

It is the first electric of the Spanish sports brand and, most importantly: a challenge to the 'captain' of his team, the Volkswagen ID.3, which we believe improves in some aspects.

Although we are not going to fool ourselves, we are facing the same car with some nuances.

A design with its own personality

The most important is found in its external image. El Born has won many points with the interpretation they have made in the Martorell design center,

more aggressive than that of the ID.3 and abandoning the 'soft' forms of the Volkswagen to give it more strength.

A detail shows the intentions of Cupra:

regardless of their power, price or equipment,

will have the same

including the touches in bronze (which the brand has made its own), the roof spoiler or the rear diffuser, almost worthy of a race car.

We had the opportunity to drive it just a month before its arrival on Spanish roads and, indeed,

the hand of the Martorell technical center is noticeable in its behavior.

Compared to the ID.3 -obligatory reference- it is harder on the suspensions, although with a good balance of comfort when we don't need to do a fast lap.

to adapt well to each situation (harder at high speed and softer when maneuvering).

Several cars in one

In addition, with the driving modes we can have several Born in one:

(the former also reduces consumption to the maximum) and

the Performance and Cupra

(the latter available for the Born that equip the

give us a lot of play when we ask for dynamism.

It is true that the Born -in the versions with active chassis- has also reduced the ground clearance by 15 mm at the front and 10 at the rear compared to the Volkswagen, but

where there are no major differences is in weight, which is still very high

Although it is fun and playful even on mountain roads

(in fact, you have to tune a lot with the gas because it delivers all the torque from the first touch and the ESP does overtime), it is still too early to say that it can come close to effectiveness. of a gasoline sports compact.

its rear-propulsion nature and the possibility of disconnecting the ESP are a point in favor of that character.

The version that will arrive in November will be the

As usual, there will also be a Launch Edition with a lot of equipment, which will cost 43,370 euros, before discounts.

The rest of the range (

will arrive in early 2022 together with the possibility of buying El Born by subscription, through a monthly fee that will include services associated with the vehicle.

Of course, Cupra has not yet revealed the price or what this option will include.

MotorBarcelona marks the return of the car shows to Spain