Solberg climbs in the Spanish rally - seven after half the race

Swedish racing promise Oliver Solberg has climbed one place in Spain's World Rally Championship and is seventh after nine special stages run. And gets praise from dad Petter Solberg. - It's tough to watch, you get nervous. But he drives very smart, says Petter Solberg to SVT Sport, about his son's driving so far in the WC rally. 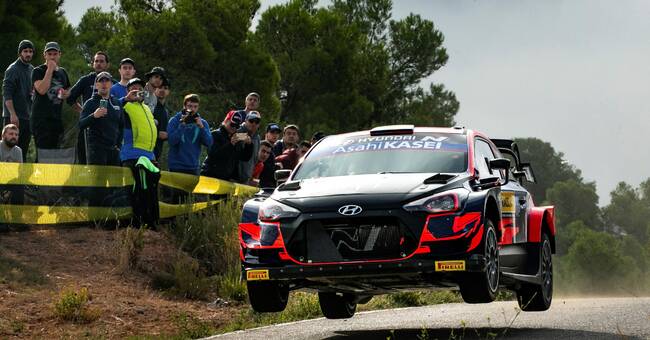 And the driving is still stable from the 20-year-old Swede, who stepped from eighth place to seventh.

At the same time, the Englishman Gus Greensmith had tire problems, and was forced to complete his distance without tires on one rim and fell back in the results list.

Solberg, who was ninth on the stretch, took advantage of that, 19 seconds behind the course winner Thierry Neuville.

In summary, Solberg is two minutes and 44 seconds behind the leading Belgian.

- Oliver wants to go faster, but is in the difficult situation that he should gain experience and take the car to the finish.

But is probably a little frustrated about wanting to go faster, says SVT expert Jonas Kruse in SVT.

Neuville still at the top

Neuville who now also won the last five distances in the Spanish rally.

- It was a good distance.

I drove a little more carefully, and tried to drive smart.

We have had continued problems with understeer of the car, but we are working on it, says Thierry Neuville after the ninth stretch.