Paula Badosa makes history by getting into the Indian Wells final

Paula Badosa is already the history of Spanish tennis. The 23-year-old, world number 27, will play her first Masters 1,000 final in Indian Wells after defeating the Tunisian ... 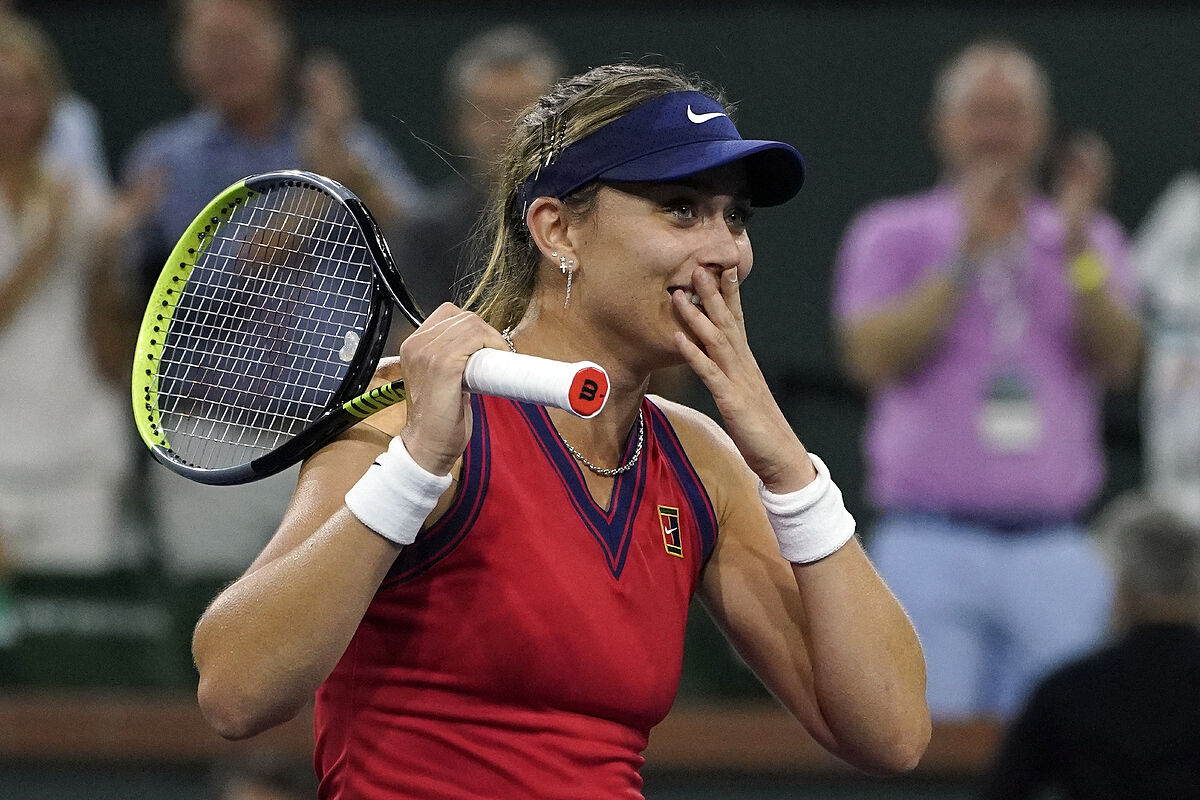 Paula Badosa is already the history of Spanish tennis.

She is the first Spanish to reach a final in the Californian desert since Conchita Martínez achieved it in 1996. It has already rained.

He did it convincingly, getting his rival off pace and in less time than planned, one hour and 21 minutes.

It didn't even take a third set.

The forcefulness of his tennis from the back of the court and his concentration were enough arguments.

She was much more than the brilliant Arab player despite the current difference in the ranking - Jabeur is ranked number 14 - and her most experience on the circuit.

at the start, ratified by a 2-0 with her serve that could have been half a set in less than 10 minutes of having converted any of the two breaking balls available to the tennis player. Spanish.

Jabeur was lost, stiff, but Badosa could not finish it off.

The Tunisian was grateful for the respite to turn the tables and begin to deploy her wide assortment of resources, with special emphasis on dropouts, an art she abuses but masters with overwhelming precision.

In the blink of an eye he took the lead on the scoreboard (3-2) and seemed to have the clash under control.

But the script took another interesting turn.

Based on right hands, the New Yorker of Catalan parents made her way towards the dream of a final in a Masters 1,000, attentive to the constant changes of rhythm of the North African and based on a good percentage of first serves, 71%.

He dispelled doubts by scoring five consecutive games and the first set 6-3.

The next objective was not to be carried away by the vertigo or the favoritism of Jabeur.

And she did it without losing confidence in her tennis, solid as a rock from the back of the court despite constant attempts by the African to regain control.

He held out with his serve in the fifth game and accelerated in the sixth, forcing two

to peek into the win.

He converted the second to go 4-2.

The one from Manhattan knew how to hold her nerves and clench her teeth in the last two games.

It took him six match balls to raise his arms in the air at Indian Wells.

On Sunday she will try to finish off the task against the Belarusian Victoria Azarenka, champion in 2016. She would be the first Spanish to achieve such a feat.

TennisGarbiñe Muguruza comes back against Jabeur and achieves, in Chicago, his second title of the year

TennisMuguruza falls in its premiere in Indian Wells