AIK once again bagged league-leading Luleå on points in the SDHL. Luleå won 3-2 after penalties. A goalkeeper board by Luleå's Sara Grahn was giving a giant bang. 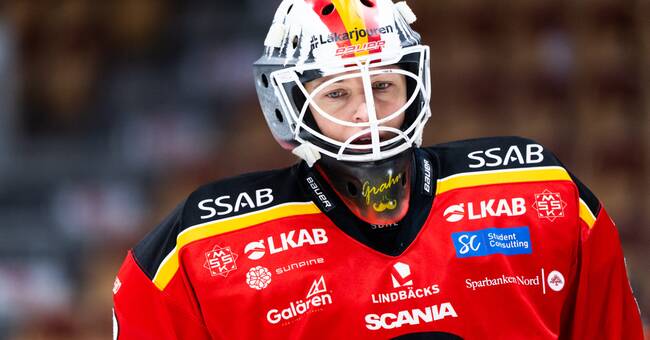 - This was probably one of our worse performances this year.

It has looked good in the training in the defense zone, middle zone, attack zone.

But in a match, it looks like we think too much.

AIK has only scraped together six points and is in the relegation zone while Luleå tops the table with 29 recorded points.

It was close to a home win for AIK in Ulriksdal.

With six minutes left in the match, AIK cleared the puck via the edge in box play.

33-year-old Grahn then went out to receive the puck and play a teammate.

Instead, the national team goalkeeper played the puck straight into the gap on Lisa Johansson who put 2-1 for AIK.

In the same powerplay, Luleå equalized to 2-2 after Anna Kjellbin scored her first goal for Luleå.

She cut and Minatsu Murase did not have time to move sideways.

In extra time, AIK had to play in powerplay for two minutes but the match went to penalties.

Jenni Hiirikoski quickly sprinted forward and finished distinctly to the left of Murase - 3-2 for Luleå.

The Finn was the only one to serve her sentence.

Even the last time the teams met, they had to play after regular time.

Even then, Luleå scored the extra points.