Malmö won convincingly away - takes over the league lead

Östersund is fighting for its all-Swedish existence and did quite well against the reigning champion. At least for just over half an hour. But that was not enough. Malmö showed class in the second half and eventually won with a clear 3-0 and thus goes up in the league lead. 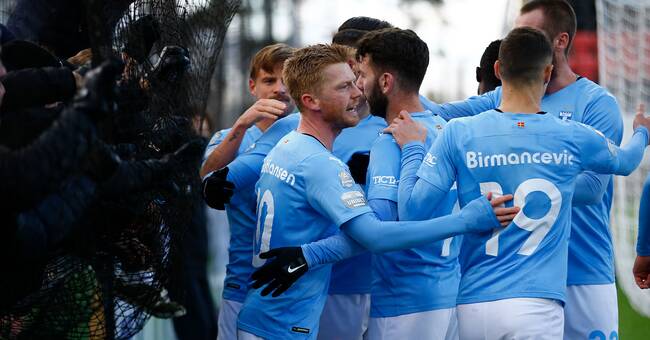 - The first 45 we did not get at all into what we were static.

In others, we get speed on the ball and run in depth and make a good half, Adi Nalic told Discovery after the 3-0 victory.

Malmö FF had quite a hard time getting to good goal chances in the fairy first half.

It took a misjudged slip tackle by Patrick Kpozo who felled Antonio Colak for Malmö to get a safe chance - from 11 meters.

And it was Colak himself who coldly rolled in the penalty at ÖFK goalkeeper Sixten Mohlin's right post.

2-0 came after a fine preparation by Antonio Colak on the right wing who heeled the ball to Jon Inge Berget.

Berget in turn hit a perfect post to substitute Adi Nalic who put the ball there.

- Jon Inge finds me as so many times before.

I run in and put it there, says Nalic about the "simple" goal for his own part.

When Christiansen ran on an insert, Sören Rieks signed and was left alone with Östersund's Sixten Mohlin and could easily roll the ball.

- A Champions League team against a last team in the Allsvenskan ... it was seen today.

In the end, the difference really seemed.

Everything is possible, but it looks dark, says about the chances of all-Swedish life, Östersund's Norwegian Eirik Haugan told Discovery.