Ibrahimovic back in Milan's squad

Zlatan Ibrahimovic is back after the latest injury problems. The Swedish attacking star is in Milan's match squad against Verona tonight. 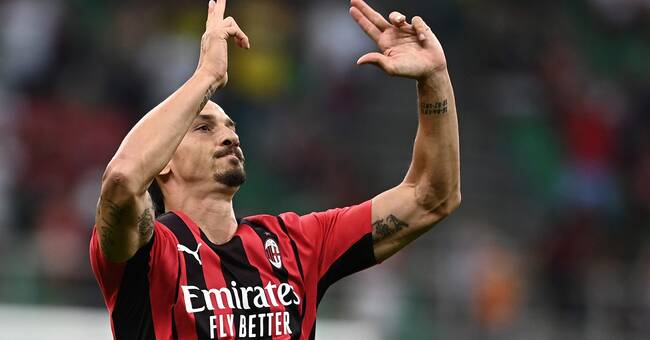 On September 21, Zlatan Ibrahimovic was on the pitch for 30 minutes when Milan defeated Lazio 2-0.

The Swede scored in his comeback that time, after being absent with injury problems since mid-May.

But the injury problems once again put a stop to Ibrahimovic who has been away from the last six league matches for Milan and the problems also put a stop to games with the Swedish national team during the latest World Cup qualifiers.

Decided on the heating

But when Milan tonight meets Verona at home, the now 40-year-old Swede is back in the match squad.

On Friday, Milan coach Stefano Pioli spoke and said that Zlatan's condition is improving daily and that it would be decided during Saturday's warm-up whether Ibrahimovic could play or not.

And now he's taken out.

It remains to be seen if Ibrahimovic goes directly into the starting eleven, which is not very likely after the injury absence.