17 international events in Dubai over the weekend

The sports events, which were held in various regions of Dubai, in cooperation with the Dubai Sports Council, and reached 17 events last weekend, witnessed the participation and attendance of more than 25,000 fans of different nationalities and ages from inside and outside the country. 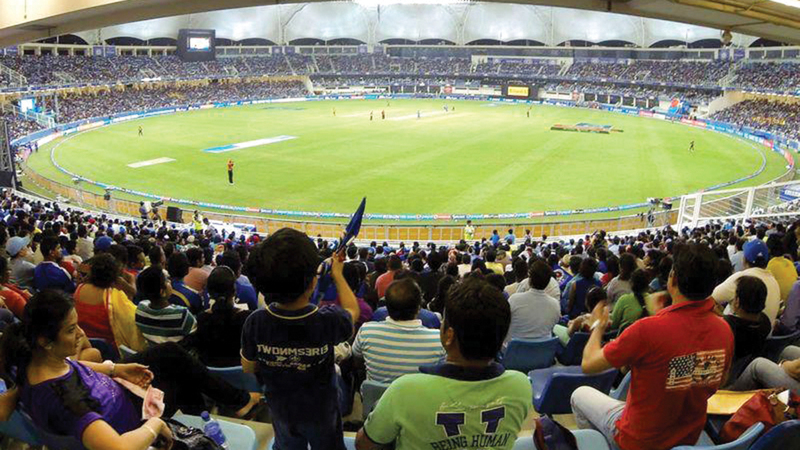 More than 25,000 spectators watched the competition

17 international events in Dubai over the weekend

The sports events, which were held in various regions of Dubai, in cooperation with the Dubai Sports Council, reached 17 events last weekend, with the participation and attendance of more than 25,000 fans of different nationalities and ages from inside and outside the country.

A press statement said: "The events topped the final match of the Indian Premier League, which was held yesterday, in which the Chennai Kings team defeated the Kolkata Knight Riders at the Dubai International Cricket Stadium, in the presence of more than 14,000 spectators, and more than 1,200 participated. A runner in the "My Dubai City Half Marathon", organized by "Promoseven Sports Marketing", the day before yesterday, in the Dubai International Financial Center.

On Saturday, Hamdan Sports Complex hosted the "First IBEX Junior Open Swimming Championship", in which more than 350 swimmers from seven to 10 years old from 20 clubs and academies participated.

On Thursday evening, the night running competition was held at the Dubai International Academy in Al Barsha, and the Badwin Badminton Championship was held, organized by the Phoenix Sports Academy at its headquarters in Al Quoz 3, with the participation of more than 200 male and female players of different nationalities and ages.

A group of the most famous content creators and social media stars, men and women, competed in the “Social Knockout” martial arts championship, which was held at the Coca-Cola Arena in City Walk - Dubai, and the GLL Triathlon Championship was held at the Jebel Ali Golf Resort in the Jebel Region Ali, and the GEC Tech Championship for private companies was held at GEMS Modern Academy in Nad Al Sheba, which will run until November 6th.

A fast chess tournament was also held by the Dubai Chess and Culture Club in the Sheikh Saeed bin Hamdan Al Maktoum Hall, and the Dubai Sports Council organized a free bowling qualification course for women at the Dubai International Bowling Center in Al Mamzar area, and the SBL Boxing Championship was held at La Perle, Al Habtoor City. The UAE Special Olympics Forum for Unified Florpool was held at the Dubai Club for People of Determination in Al Nahda, and the Spence Family Series of Races was held.