Today, attention is directed to the Saudi capital, Riyadh, where the match with the quarter-finals of the AFC Champions League will be held, and where Al-Wahda team will face a difficult test against the Saudi victory at “Morsoul Park” stadium, at seven in the evening. 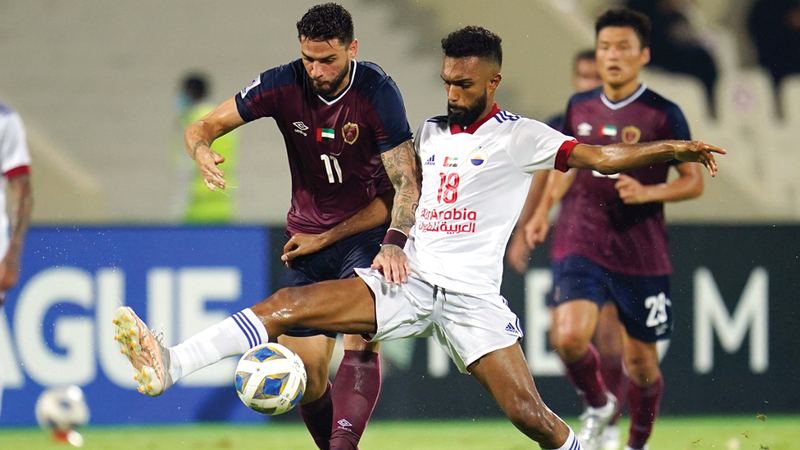 The team without absences before the quarter-final match today

Today, attention turns to the Saudi capital, Riyadh, where the match with the quarter-finals of the AFC Champions League will be held, and where Al-Wahda team will face a difficult test against the Saudi victory at the "Mrsoul Park" stadium, at seven in the evening.

Al Annabi enters with great ambitions to win, cross to the semi-finals, and repeat the achievement of 2007, when he reached that stage, which is the best Al Wahda achieved in the history of its participation in the Asian Champions.

Al-Wahda qualified second in Group E, behind Peruzzi, and collected 13 points from four victories, one draw and one loss, scoring seven goals and accepting only three goals.

Goalkeeper Mohammed Al Shamsi played the championship role, when he led his team to victory over Sharjah on penalties after the end of the original and extra time with a 1-1 draw, to be one of his most prominent stars in the competition so far, accompanied by Syrian Omar Khribin, the team's top scorer with four goals.

Al Annabi hopes to continue his continental glow, after he disappointed his fans at the local level, six rounds after the start of the ADNOC League. win her title before.

Al Annabi's list is witnessing the return of veteran captain Ismail Matar, after his suspension at the continental level expired.

Matar was subject to a three-match suspension by the AFC Disciplinary Committee, after which he missed the match between Iran's Peruzzi and India's Goa in the group stage, and against Sharjah in the last match.

Al-Wahda's list will not witness any absences, which is reflected in the team's preparations, in light of the high morale of the players, and their competition to convince the Dutch coach, Tin Kat, to be in the starting lineup.

This is the first match for Al-Nassr under the leadership of Portuguese coach Pedro Emmanuel, who succeeded the Brazilian Mano Menez, after his dismissal, due to the poor results of the yellow team.

Pedro Emmanuel knows Al-Wahda well, as he previously played in front of him many matches when he was coach of Al-Ain, before the leader ended his relationship with the Portuguese coach last May, against the background of the poor results of the team under his leadership, as Al-Ain ranked sixth last season with this coach. .

Al-Nasr managed to reach the quarter-finals by defeating the Iranian Traktor with a goal, to continue his path successfully in the competition, after taking the lead in the fourth group with 11 points from three victories and two draws, compared to a single loss against the Jordanian Wehdat.

Al-Alami has never won the championship title before, which is what fans of the team are waiting for in each edition, as he hopes to be the third Saudi team to reach the podiums, after Al-Hilal, the three-time champion, and the two-time-crowned Al-Ittihad.

The team's list is full of many stars, including the newcomers, Brazilian Anderson Talisca, and Cameroonian Vincent Aboubaker, who joined the battalion also made up of Moroccan scorer Abdel Razzaq Hamdallah, Jalal El-Din Masharipov, Abdelilah Al-Omari and Sami Al-Naji.

• The match is the first for the Saudi Portuguese coach of Al-Nasr, Pedro, the former coach of Al-Ain team.